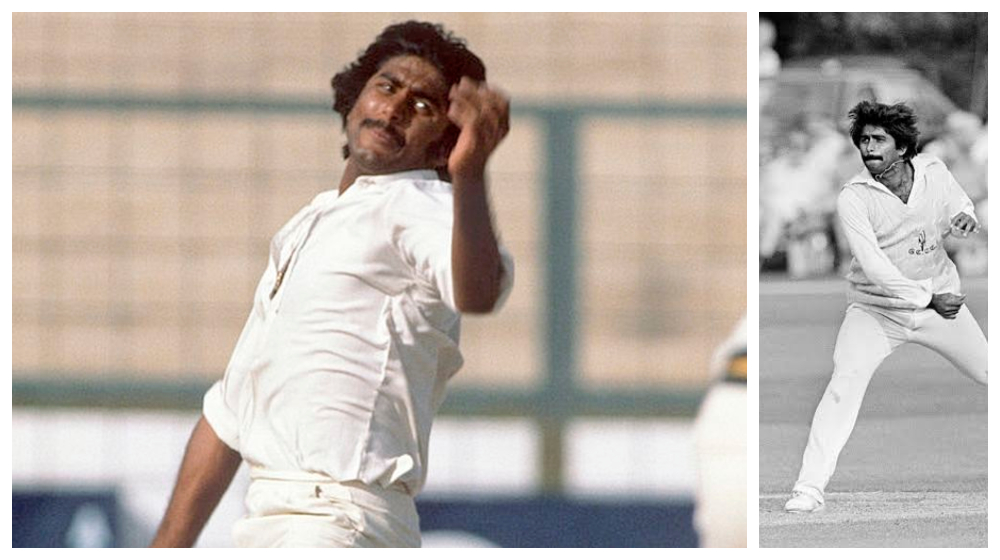 Javed Miandad is, without a doubt, a cricketing legend. However, he was much more than just an ordinary cricketer who would go on and mind his own business.

He was the complete opposite of traditional cricketers, making his presence felt no matter whether he was batting, fielding, captaining or even bowling. He was and still is, a very lively character, who could intimidate any opposition player even with subtle actions.

You might have watched the legend bowl part-time, however, his imitation of fast bowlers like Bob Willis, Dennis Lillee, and Rodney Hogg would crack you up.

Those who haven’t watched these former pacers bowl, let’s have a look at their bowling actions first:

And, now, the legendary Javed Miandad

While commentating during the match, Imran Khan told his fellow commentator that Miandad also does a bad copy of his bowling action and that of the late leg-spin legend, Abdul Qadir.

What are your thoughts on the imitation? Let us know in the comments section.