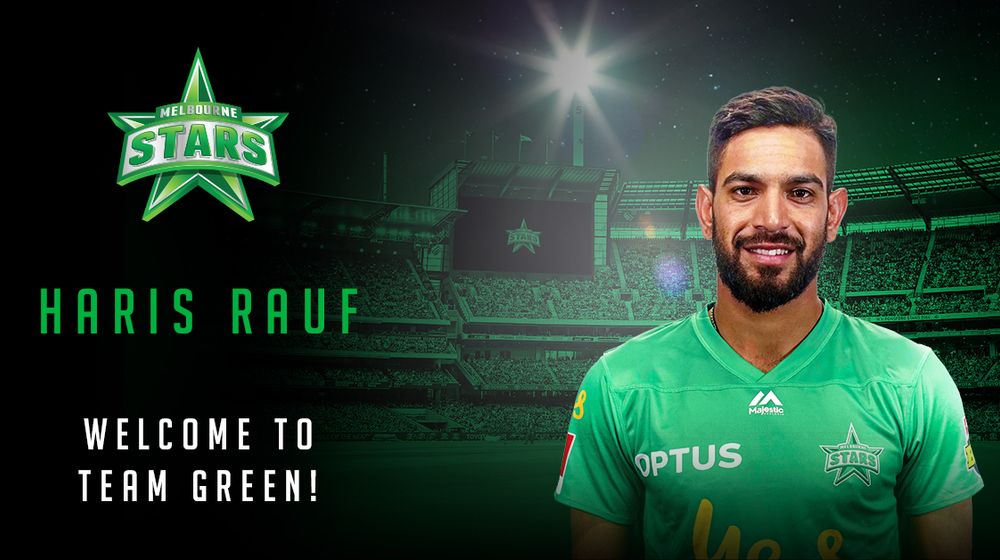 Right-arm fast bowler, Haris Rauf has been called up by Melbourne Stars as South African quick, Dale Steyn’s replacement as an overseas signing.

Introducing the newest addition to the stars family! 😍#WeWillShine 💚 pic.twitter.com/2xiZ9dxGFf

Dale Steyn is currently recovering from a side strain sustained during the latter stages of the Mzansi Super League. Stars have also announced the 13-man squad for the first fixture against Brisbane Heat with Glenn Maxwell leading the team after taking a short break from international commitments due to mental health reasons.

Our squad is in for our first match of the season! Haris Rauf has been signed as an international replacement player, with Dale Steyn sitting out of Friday’s fixture as he recovers from an injury.

The rookie pacer came to limelight in Lahore Qalandars’ talent hunt program. The 24-year-old impressed at the 2018 Abu Dhabi T20 Trophy and Pakistan Super League (PSL) in 2018. He will also don Qalandars’ outfit in the next edition of the league.

Haris Rauf is now the only Pakistani cricketer featuring in the Big Bash League after the Pakistan Cricket Board (PCB) denied Faheem Ashraf the permission to play for Melbourne Renegades and instead play domestic cricket. Usman Shinwari has also withdrawn from the league due to international commitments, however, he has also been diagnosed with typhoid.

Melbourne Stars finished as runner-ups at the BBL after losing to Melbourne Renegades in the final last year.

What are your thoughts on the signing? Let us know in the comments section.