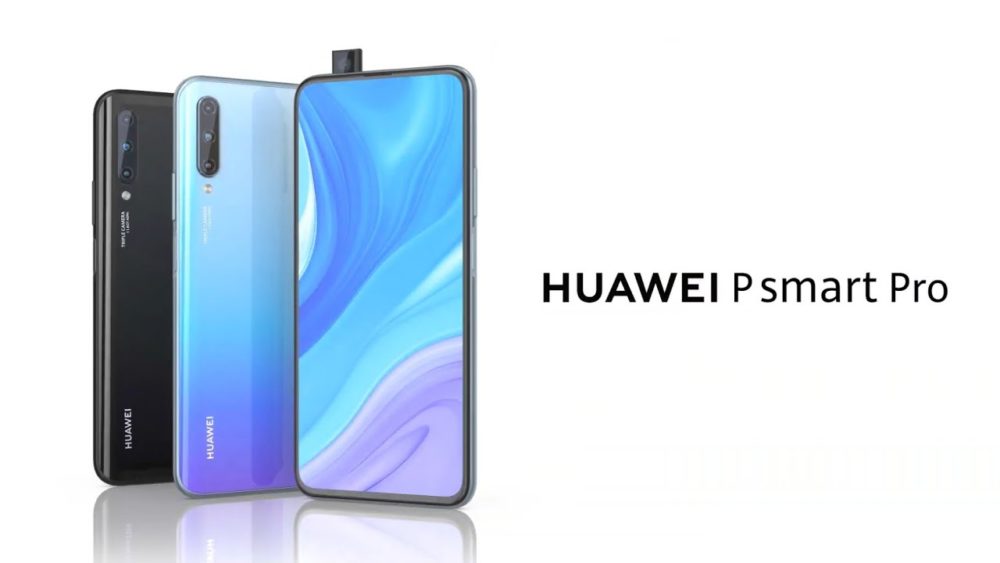 Huawei is quietly adding new smartphones to its European smartphone lineup. Their most recent entry is P smart Pro, which is identical to the recently launched Huawei Y9s.

The Huawei Y9s, on the other hand, has similar specifications to Honor 9X. The one and only difference between the two smartphones is the placement of the fingerprint sensor. Is Huawei running out of ideas?

Aesthetically, the smartphone is a copy of Huawei Y9s’s design. It has the same gradient paint job, vertically stacked triple sensor camera on the left, and a notch-less display. However, the fingerprint sensor is now mounted on the side. It is available in two colors: Midnight Black and Breathing Crystal.

The smartphone features the Kirin 710F chipset topped with 6 GB RAM and 128 GB UFS 2.1 storage. The storage can be expanded up to 512 GB via a dedicated SD card slot.

On the software front, the Huawei P Smart Pro runs on Android 9.0 Pie with EMUI 9.1.

P Smart Pro comes with a triple sensor rear camera featuring a 48MP main camera, joined by an 8 MP ultra-wide sensor and a 2 MP depth sensor. On the front, it features a 16 MP shooter housed in a pop-up mechanism.

The whole package is fueled by a 4000 mAh battery charged over a USB-C port and backed by meager 10W charging.

It is available for sale in Bulgaria, Croatia, Greece, Poland, Ukraine, and a few other countries for €350.