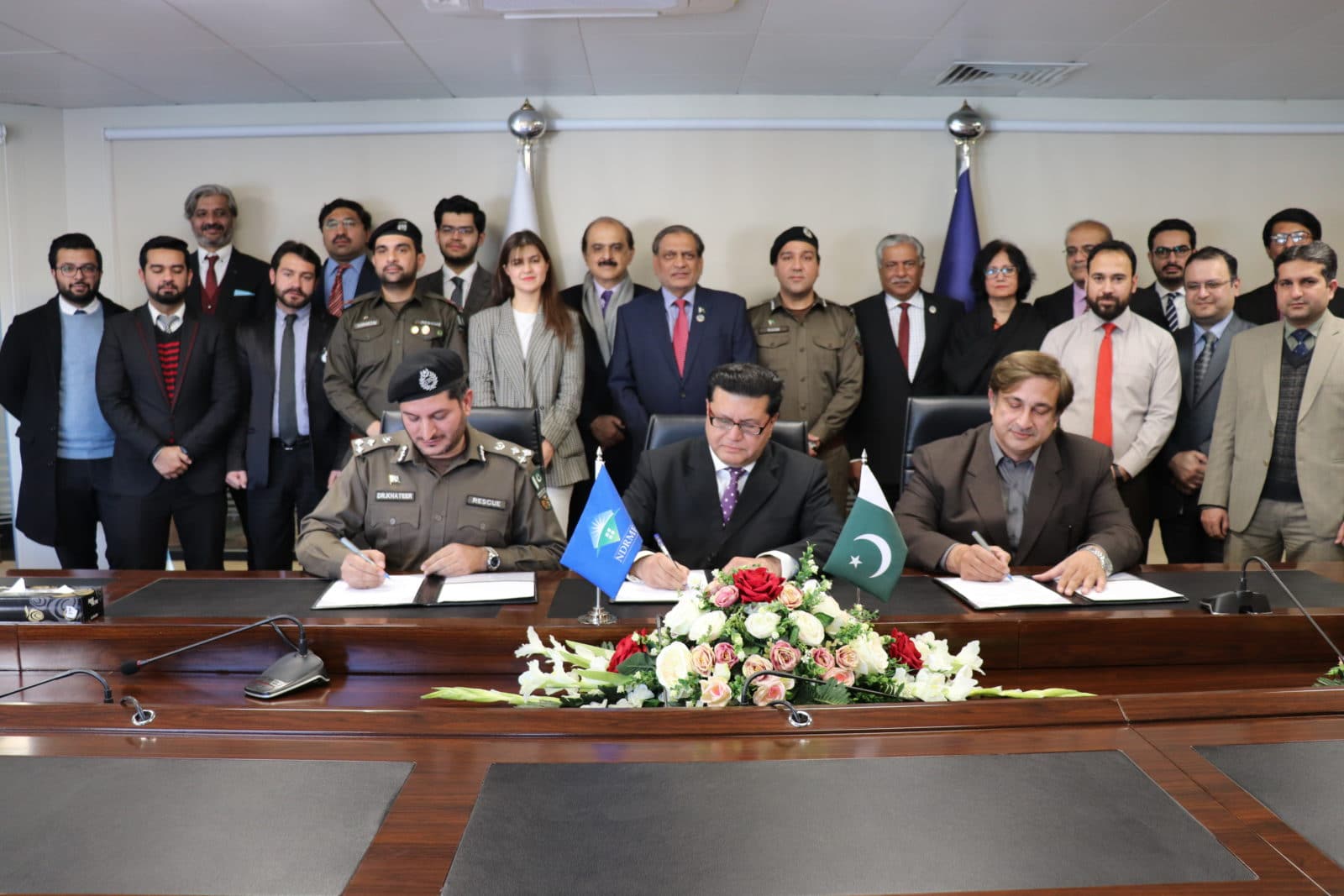 National Disaster Risk Management Fund (NDRMF) has signed a Tripartite Grant Implementation Agreement with the Government of Khyber Pakhtunkhwa, for a grant of up to Rs. 429.695 million for a project related to strengthening & expansion of emergency rescue services in 17 districts of Khyber Pakhtunkhwa (KP) through Rescue 1122.

The agreement signing ceremony was held at NDRMF Office at Islamabad.

The total cost of the Project is Rs. 613.85 million out of which NDRMF will finance 70%, amounting to Rs. 429.695 million whereas the Government of KP shall contribute 30% or Rs. 184.155 million. The project will be completed in 18 months and will focus on the provision of ambulances, fire brigade vehicles, surveillance drones, scuba sets, and other search and rescue equipment.

The project’s interventions are in line with the National Disaster Management Plan (NDMP). Apart from this, NDRMF has also financed the Government of Gilgit Baltistan (GB) for strengthening its rescue services.

All projects, for which NDRMF is providing grant financing, have undergone a merit-based and transparent process of selection in accordance with prescribed criteria, while promoting gender equality, along with ensuring environmental and social safeguards.

NDRMF has also established a strong monitoring framework & systems to ensure that all the funded projects are implemented in an effective and transparent manner, thereby reducing disaster risks and protecting the local population from disasters.