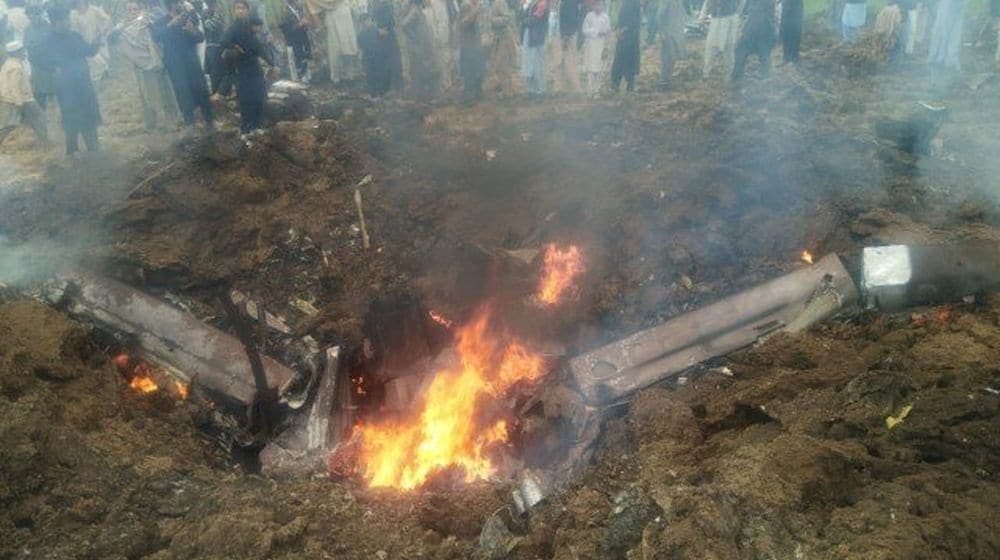 Within a period of just a month, another training aircraft has crashed near Mardan earlier today during a routine flight. This is the third Pakistan Air Force (PAF) aircraft to have crashed during this period, which raises a huge question mark on the operational capabilities of these aircraft.

The pilot has sustained some injuries after he managed to eject as the T-37C crashed into an open space in the Pirano Kali area of Mardan. According to the statement by PAF, no loss of life or property has resulted from the crash.

Rescue 1122 rushed to the place of incident to extinguish the fire and provide first aid to the wounded.

Air Headquarters in Islamabad has ordered an inquiry to determine the cause of the unfortunate accident.