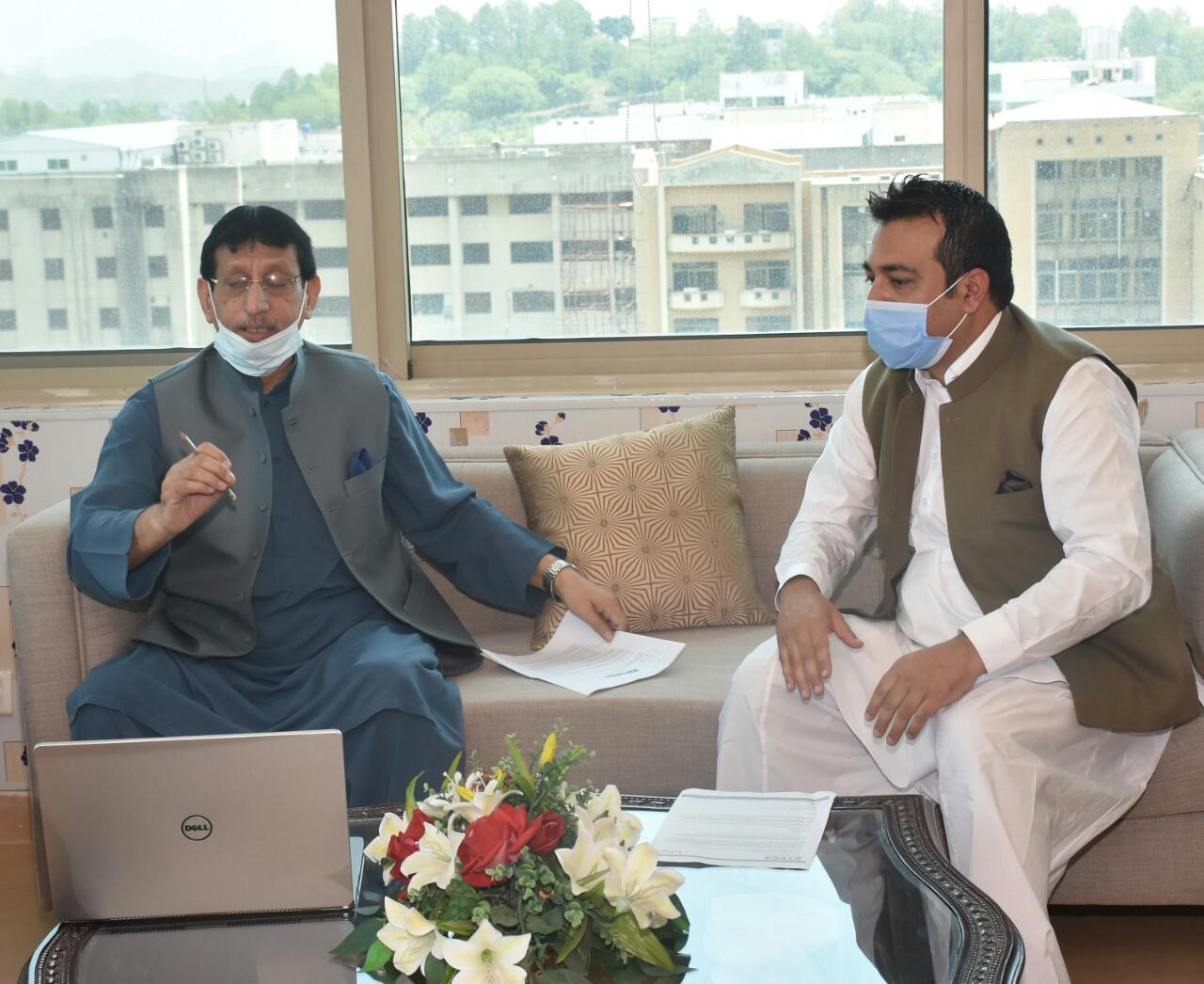 Federal Minister for IT and Telecommunication Syed Amin Ul Haque was virtually briefed by Pakistan’s Google Team about Google’s initiatives that are currently being undertaken and how the country is taking the right steps towards digitizing and instilling the importance of Computer Science and the use of tech in its youth.

Mr. Nick Bauer, Google’s Head of Public Policy in Pakistan, said Google through a collaborative effort with other stakeholders in Pakistan, is launching several amazing programs like early age programming initiative, CS First and it would be the first time that such a program is carried out in the country.

Mr. Farhan Qureshi, Google’s Country Head for Pakistan briefed the Federal Minister about the previous initiatives that the company has carried out like having DSC leads in different cities of the country and organizing the first-ever DSC Summit in Pakistan and how slowly but progressively, Google is establishing a foothold in the country which will lead to more IT related projects aimed to create somewhat a digital renaissance in Pakistan.

In conclusion, Mr. Umar Farooq, Founder & CEO at Tech Valley thanked the Federal Minister for providing his valuable time for this meeting and requested his support regarding the early age programming initiative, Google CS First that will be carried out in collaboration with Ministry of IT and Telecom Foundation Schools in addition to providing his support on other virtual Google activities in Pakistan.

The Federal Minister appreciated the efforts made by Google and the team and lauded the level of work that is being carried out.