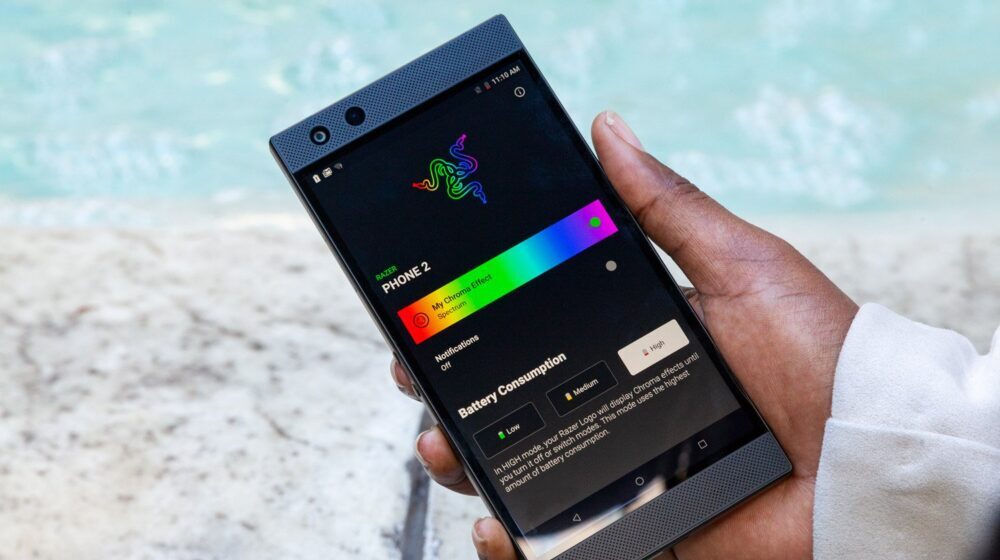 The last time we saw a Razer gaming phone was back in 2018. Since then, the company has mostly been silent about a potential successor, but a recent leak suggests that the company might be looking to make a comeback this year.

Folks at XDA Developers have spotted a potential Razer Phone 3 prototype on a famous Chinese marketplace called Taobao. It looks a lot like 2018’s Razer Phone 2, only with a primary camera redesign.

Compared to the previous generation, the new Razer Phone 3 might have slimmer bezels and three cameras at the back in a vertical pill-shaped layout. Otherwise, it looks exactly the same as the Razer Phone 2.

The design language follows Razer’s traditional theme with a blocky, angular build and a three-headed snake logo at the back.

The listing from the Chinese marketplace has now been removed and there is no word on the Razer Phone 3’s specifications either. However, we can expect top of the line flagship specifications just like the Razer Phone 2, so the Snapdragon 865/865+, UFS 3.1, 12GB+ RAM, 120Hz+ refresh rate, and other premium features are expected.

It is worth mentioning that there is no official word on the Razer Phone 3 and prototypes are often canceled and do not depict what the final product looks like. Hence, taking this information with a grain of salt is recommended.