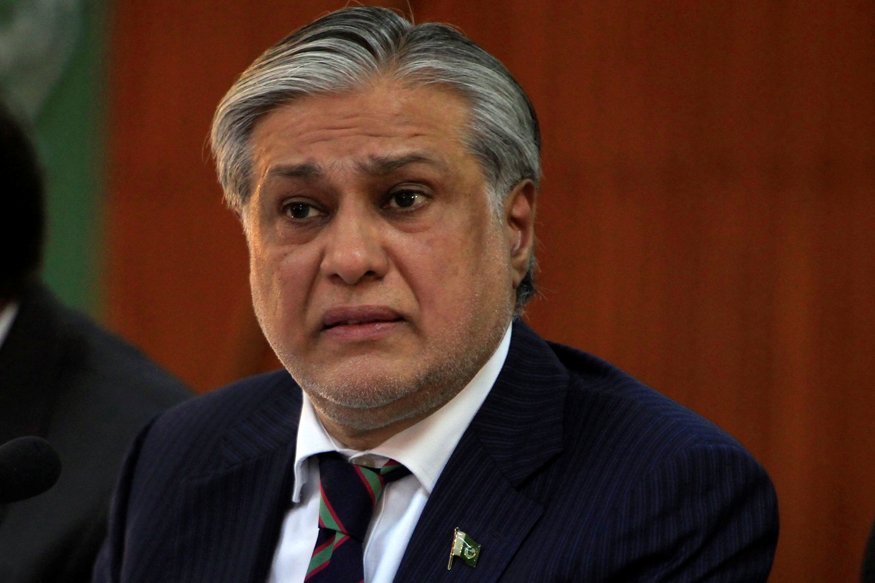 Pakistan’s former Minister for Finance, Ishaq Dar, who is currently in self-exile while facing corruption references in the Accountability Court in Pakistan, appeared on BBC’s HardTalk on Monday and was at a loss for words when the host, English journalist Stephen Sackur, candidly questioned him.

My interview with former Finance Minister @MIshaqDar50 seems to be causing quite a stir in #Pakistan.
Well worth watching the whole interview if you can… @BBCHARDtalk on @BBCWorld https://t.co/PAuyjw6EsP

When Sackur asked Dar about the properties he owns, he replied, “It’s all declared in my tax returns”.

Upon being demanded for a straight answer to the question, Dar stated, “I have my main residence in Pakistan which has been taken over by this regime. My sole property is my residence”.

In response to Sackur pointing out the properties owned by his sons in London, the former minister said that his children have been in the business for seventeen years and that whatever they own is not under his direct ownership.

Responding to this, Sackur asked Dar why he does not return to Pakistan if everything in his record is crystal clear, and to make his case in the court of law? Dar replied, “I am here for my medical issue,” and that “there is a human rights crisis in Pakistan, and people under the custody of the National Accountability have been virtually killed”.

Sackur questioned the hypocritical stance of Dar’s close ally and erstwhile boss – the former Prime Minister of Pakistan, Nawaz Sharif  – regarding how he had initially worked hand-in-hand with Pakistan’s military dictator General Zia for several years before suddenly deciding that military interference in the politics of the country is completely unacceptable.

Sackur questioned if it was because Nawaz Sharif had been in power then and that now he is not, to which Dar replied, “Mr. Sharif would have been ‘fourth-time’ prime minister, had he not gotten into trouble with the establishment”.

The interview, although not directly telecast in Pakistan, has made its way to the local audiences via social media, and has elicited a variety of responses.

Sackur himself tweeted on Tuesday afternoon, “My interview with former Finance Minister [Ishaq Dar] seems to be causing quite a stir in Pakistan”.