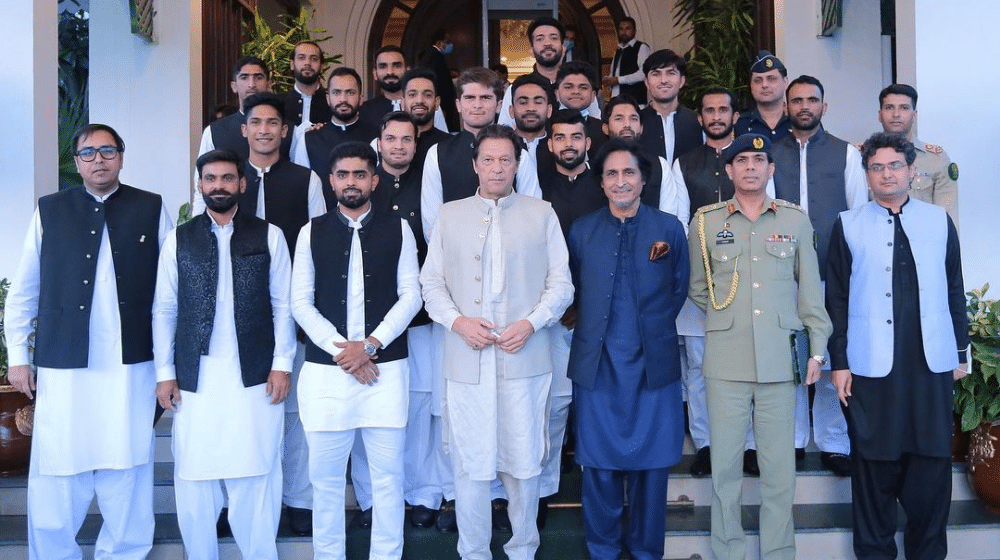 Pakistan’s Prime Minister, Imran Khan, on Wednesday, met with the national team to share invaluable tips and boost their morale ahead of the 2021 T20 World Cup, scheduled to be held in October and November in UAE.

According to details, PM Imran advised the players to focus on the mega event and keep their heads up after the disappointment of England and New Zealand’s cancelation of their tours of Pakistan. He urged the team to take out their frustration on the field by putting in match-winning performances.

PM Imran urged the players to play fearless cricket and perform like the ‘cornered tigers’ as the team did during the 1992 World Cup. He advised the team to capitalize on the mistakes of their opponents and play aggressive cricket.

Sources revealed that PM Imran showered praises on Pakistan’s captain, Babar Azam, and appreciated his exceptional batting skills. He said that if Babar keeps on performing, he will soon be the best batsman in the world. He also advised Babar to lead from the front and motivate his teammates.

PM Imran also shared his wisdom with Pakistan’s left-arm pacer Shaheen Afridi. He advised him to keep his focus on taking wickets without worrying about the scoreboard. He said that Shaheen’s wicket-taking ability is the only way that the team will restrict the opponents to a modest total.

Imran concluded the meeting by advising the players to keep working hard, as they will be rewarded by Allah for their hard work.