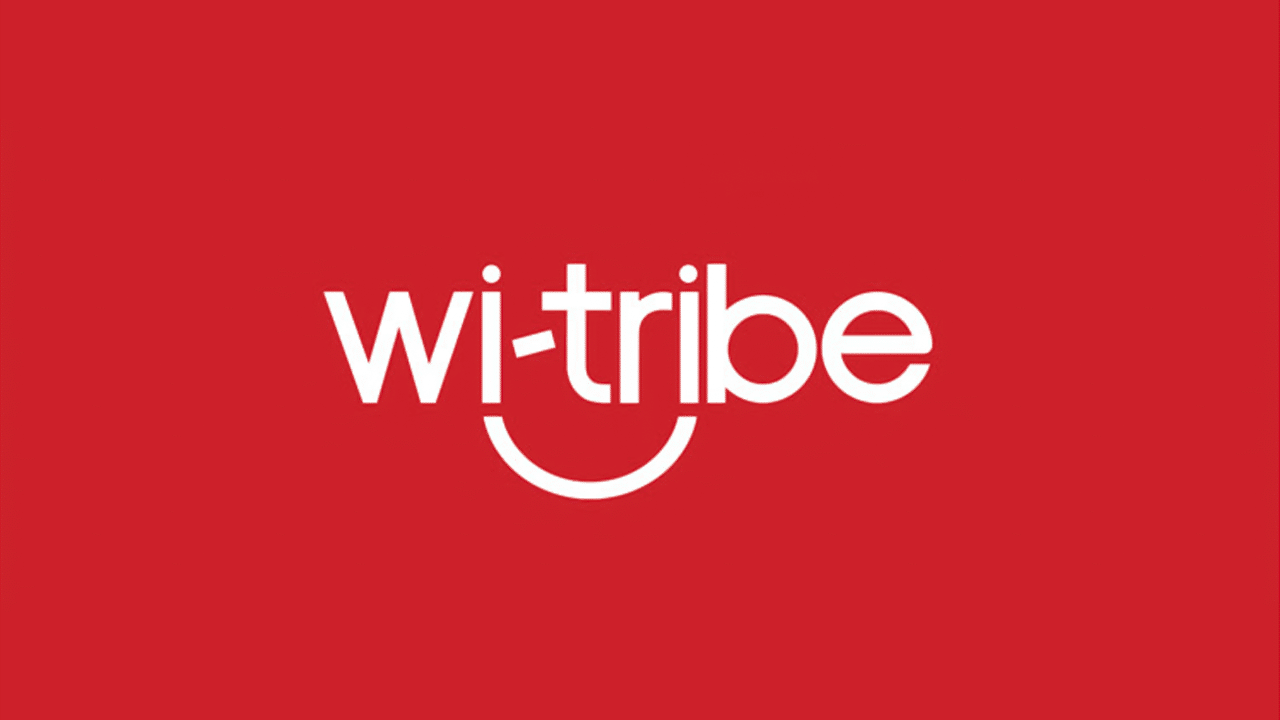 The Pakistan Telecommunication Authority has terminated Wi-Tribe Pakistan Ltd.’s licensed telecom services for its failure to comply with the terms and conditions of licenses regarding the provision of uninterrupted licensed services to its consumers.

The authority (PTA) has also directed all cellular mobile licensees, Long Distance & International, Local Loop (WLL & FLL), and CVAS licensees to terminate telecommunication facilities extended to the company under the licenses, and submit a compliance report within three working days from the date of the receipt of the order.

Letters from the licensee dated 14 July 2020, 21 July 2020, and 22 July 2020 show that it has been noticed that as a consequence of a commercial dispute between the licensee and EDOTCO Pakistan (Pvt.) Limited (Telecom Tower license holder), the telecom services being provided to the consumers were discontinued. This non-provision of telecommunication services had affected the users without any default on their part.

The license condition makes it obligatory for the standard contract service to include refunds or other rebates for the service problem. As a result of the discontinuation of telecom services to customers without any default on their part, a Show Cause Notice (SCN) dated 21 August 2020 was issued to the licensee, requiring therein a remedy to the contravention by adhering to the license conditions in terms of the provision of the licensed services to protect the interest of the consumers and by submitting a compliance report within three working days of the issuance of the SCN, and also to explain it in writing within thirty days.

The licensee replied to the SCN, highlighting that a complaint had been filed to the PTA against the EDOTCO on 27 July 2020, which remains pending. The EDOTCO had blatantly, deliberately, and with complete disregard for the law, closed the network down simply as an extortion and blackmail exercise to gain commercial advantage.

The licensee’s teams have succeeded in restoring services despite the hurdles placed by the EDOTCO at forty-nine locations through the operational site at the said locations as a result of the new contractual relationships with other telecom operators and passive infrastructure service providers.

The licensee maintains that the EDOTCO has time and again violated the terms of the Agreement by demanding huge sums of money for disrupted and faulty services. The invoices generated and submitted to the licensee have been flawed as full amounts were demanded for services not even delivered. The licensee claimed that it had raised this issue with EDOTCO at every chance, but in vain.

The licensee alleges that it has been negotiating a way forward since August 2019 to resolve such outstanding issues, including the lack of services but the EDOTCO had informed the licensee on 6 March 2020 that even though the pandemic has led to an invocation of the Force Majeure clause of the Agreement, and as lockdowns were being imposed by the government, negotiations would no longer be undertaken.

Despite this statement by the EDOTCO and understanding the dire requirement to ensure the provision of uninterrupted WLL services to its customers, the licensee continued to discuss and improve upon its offers to resolve the issue with the former until 29 June 2020.

The requirements of subject regulations related to the discontinuation of services are in cases where the licensee is conducting a voluntary and preplanned termination of services in a licensed region. The unlawful actions of the EDOTCO confirm that the breakdown in the licensee’s service was neither voluntary nor pre-planned.

The licensee also stated that it has tried its best to resolve the dispute with the EDOTCO and had approached the Civil/District Courts, the PTA, and the Ministry of Information Technology and Telecommunication in this pursuit. It had also filed for injunctive relief soon after the first closure of the Towers Facilities and had procured an interim injunctive order dated 6 July 2020 against the EDOTCO’s actions, and therefore, the shutdowns that had taken place after this date were all in grave violation of the interim injunctive order issued by the Civil Court.

Regarding the matters related to the consumers, the licensee asserted that it has resolved numerous consumer complaints and refunds many of them, but despite the license’s refund offers, there are some customers who demand the continuation of the licensee’s licensed services and have refused to take the offer as they do not wish to transfer to any other telecom service provider.

The licensee requested that no adverse action be taken against it, and that it be granted some leniency and time to resolve its dispute with the EDOTCO until the arbitration proceedings are concluded and a final award is given by the arbitrator.

During the course of the hearing, the licensee reiterated the same statements that it had given in reply to the SCN. It also highlighted that it has been striving to seek alternative solutions for the provision of licensed services to its customers.

In furtherance to the aforesaid submissions, the licensee vide letter dated 12 January 2021 provided detailed written submissions to questions raised in the hearing before the PTA. The submissions made are reproduced hereunder: Wi-tribe Pakistan had never contracted with Edotco Towers; it had been forced upon it due to the sale of the passive infrastructure from the Tower Share (Pvt.) Limited with whom it had the Master License Agreement dated 28 June 2016 (the ‘Agreement’), to EDOTCO Towers. It presumes that this transaction had been approved by the PTA and/or brought to its notice by the two concerned entities.

However, the prices offered by Tower Share (Pvt.) Limited against the provision of passive infrastructure services were the most competitive in the market and were also cost-effective at the time, which is why most of the towers were shared with them and they had broadly met the SLAs.

In the instant matter, the question before the PTA is for it to determine whether the discontinuation of the telecommunication services by the licensee to its customers, which was a result of a contractual dispute with EDOTCO (a Telecom Tower license holder), falls within the framework of regulatory laws or otherwise.

Under the Act, the PTA is mandated to protect the interests of consumers and has jurisdiction to entertain and decide matters related to consumers within the applicable legal framework.

While responding to the SCN, the licensee stated that it had filed a complaint to the PTA under Section 4 (f) and Section 31 of the Act against the EDOTCO on 27 July 2020, and the same is pending.

Secondly, the licensee had stated that its team has succeeded in restoring services at 49 out of 400 locations in Lahore and Karachi through contractual arrangements with other licensed telecom operators. In this regard, the PTA is of the view that since it has taken the cognizance of the subject matter (the discontinuation of services) and has issued SCNs to both the licensee and the EDOTCO, the complaint filed by the licensee under Section 4 (f) and Section 31 of the Act pertaining to the same cause of action stands infructuous.

Moreover, the restoration of services at 49 tower locations in Lahore and Karachi does not substantiate the fulfillment of the licensed obligation with regard to the provision of licensed services to their customers. The primary issue in the instant matter is to protect the interest of telecommunication consumers by providing uninterrupted licensed services as per the terms and conditions of the license.

On the contrary, the licensee’s arguments regarding the restoration of services at the 49 locations through a contractual relationship with other licensed telecom infrastructure seem to be unjustified on the grounds that the PTA has received a total of 250 complaints relating to coverage issues, overcharging, non-provision of services, etc. between May 2020 and Jan 2021.

In order to determine and ascertain the refunding of the amount against the subscription of the licensed services, the licensee was required to provide the details of the affected consumers who had been deprived of legitimate services as a result of the discontinuation of services. However, the licensee has not provided the same despite the fact that during the course of the hearing, the representative of the licensee had ensured and undertaken that they had remedied the grievances of all the consumers by providing rebates and would provide proof of the same to the PTA accordingly.

In light of the available record, it is an admitted position that the licensee has failed to comply with the terms and conditions of the license regarding the provision of uninterrupted licensed services to its consumers.

The licensee has also failed to provide an alternate mode to continue the provision of its licensed services as per the terms and conditions of the license. According to the available record, the licensed services were discontinued mainly for the regions KTR, LTR, ITR, and RTR, therefore, in such circumstances, the licenses bearing No.WLL-02-2004, dated 1 November 2004 awarded to Wi-tribe Pakistan Limited for the said licensed regions are hereby terminated with immediate effect.