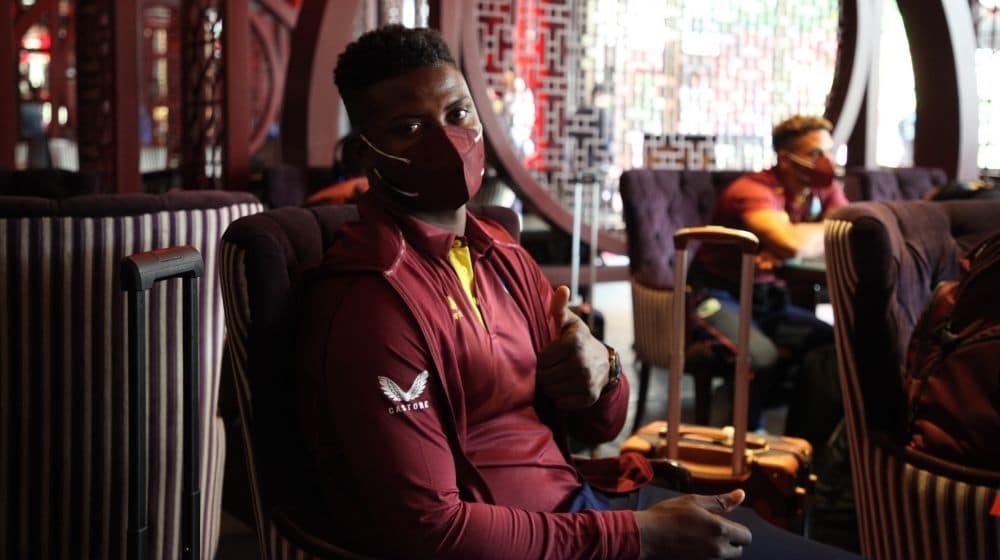 The West Indies cricket team has arrived in Pakistan for their limited-overs tour of the country. West Indies arrived in Karachi, the venue for the entire tour, early morning today.

The touring party was moved from the airport to the hotel under strict security measures arranged by the Pakistani authorities. The players and the staff members have been put in quarantine for a day after which they will be allowed to undergo training sessions at the National Stadium Karachi.

The tour includes three ODI matches and three T20I matches all scheduled to be played at National Stadium Karachi. The tour will begin on 13 December with the first T20I between the two sides. West Indies will be led by Nicholas Pooran in the T20I series whereas Shai Hope will captain the ODI team after the captain, Kieron Pollard, was ruled out due to injury.

Watch the video of their arrival here:

West Indies have reached Karachi for their three-match T20I and ODI series against Pakistan. The first match will be played at the National Stadium on Monday, 13 December.#PAKvWI pic.twitter.com/gjFoDpRBBN

Time to give a warm welcome to @windiescricket

Show your excitement with an emoji for the #PAKvWI pic.twitter.com/4TOijfGaXa