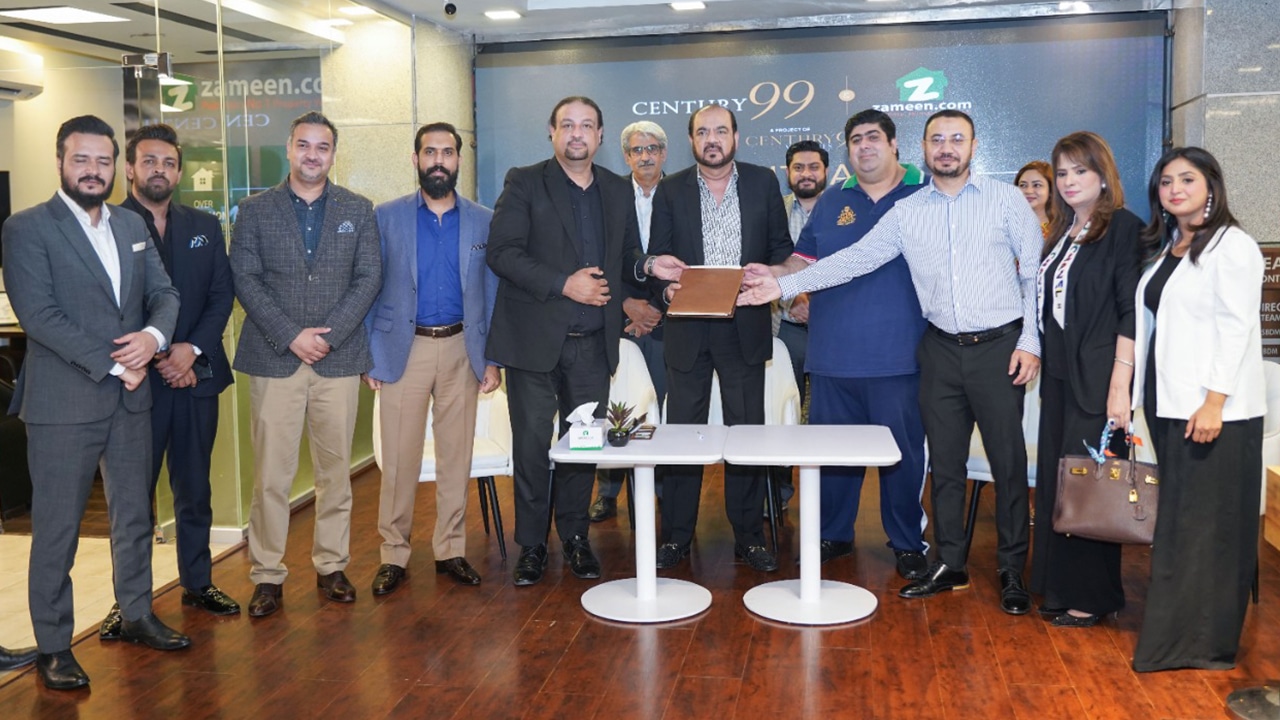 Speaking at the occasion, Zameen.com’s Senior Director Sales Laeeque Chaudhry stated that both Century 1 and Century 99 would diversify the international standard infrastructure of the city.

He added that an investment made here was bound to bring handsome gains since the residential tower was equipped with a wide range of high-value amenities.

Shedding light on the project’s investment prospects, Director Century 1 Waseem Azhar said that the project would prove to be an excellent opportunity for profitable investment.

He added that Century 1 brought a new vision of luxury by offering premium apartments, working spaces, and commercial shops. This landmark development by Hotel One in collaboration with the 6th Sense Group provided innovative real estate solutions to all.

Director Century 99 Kamran Afzal said that Century builders were bringing great minds of Pakistan’s Real estate together, and they felt proud of their partnership with Zameen.com and were looking forward to working on these projects.

Director Century 99 Ayaz Mohammad Lakhani said that investment in the project would be one of the decisions customers would always cherish as they were bringing state-of-the-art architect which would take Lahore’s infrastructure to a whole new level.