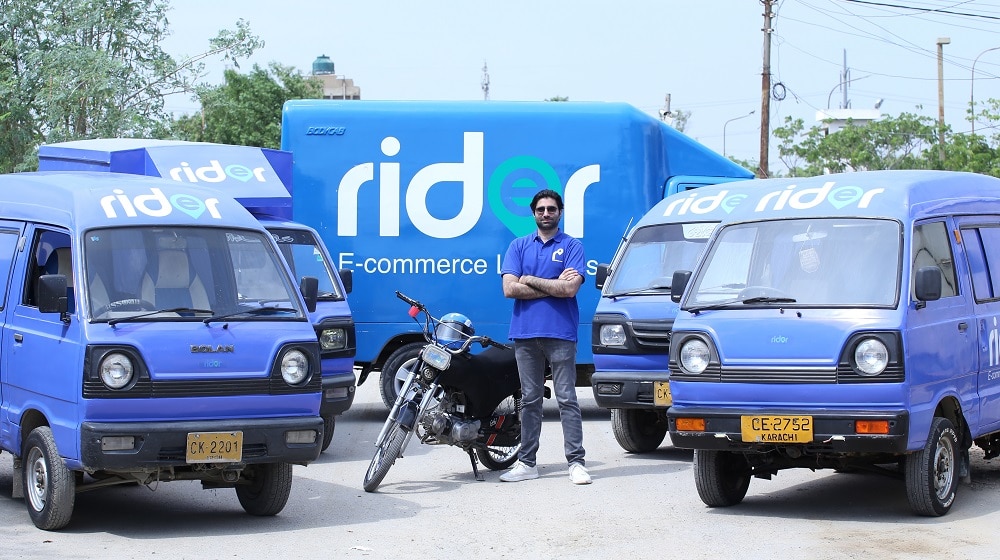 Karachi-based e-commerce logistics company, Rider, has secured $3.1 million in a funding round led by various investors, the company announced via TechCrunch today.

With the new funds, Rider aims to develop in-house technology such as e-commerce enablement tools like plug-ins and built-in wallets to assist SMEs, most of which are owned by women, according to its CEO, Salman Allana.

He said, “We’re fundamentally building for ‘urban logistics,’ so we don’t have requirements for large sorting centers and spaces. Our network consists of numerous small delivery centers which are purposely placed to cover high-volume e-commerce zones, and which ultimately are flexible to move as these zones change.”

Allana explained that Rider’s network includes mobile warehouses (or pre-sorted vans) and empty spaces in the parking lot of malls and petrol stations. The company also aims to have delivery centers in convenience stores. This means delivery centers are flexible enough to move as high-volume e-commerce zones change.

“I learnt that the traditional delivery payers were not set up or equipped to service the online retail trend and that change from the inside would be slow and costly. The COVID pandemic saw a huge and irreversible shift in online shopping across Pakistan. Only a built-for-purpose, dynamic, growth-focused startup could capture this opportunity on time,” he remarked.

He stated that the company is doing last-mile delivery to the customers’ doorstep, and added, “We’ve proven our last mile solutions work, we’ve proven they work at scale and we now need to prove they work sustainably before we enter other verticals.”

Rider already has an eye on its next phase and piloted its B2B movement (overland trucking) in January, as mentioned by Allana.

ALSO READ
OnePlus to Launch a Flagship Phone for Around $500

Founded in 2019, Rider is developing a system of sorting hubs, distribution facilities, and a digital fleet. Its platform enables merchants to offer next-day delivery to customers, as well as route optimization, live tracking, and scheduling. The firm revealed that its monthly revenues have climbed 110 percent since its pre-seed financing round in September 2021, and its client base has doubled to 650 online vendors.

So far, Rider has delivered three million items across 60 cities in Pakistan and currently boasts a network of 16 hubs covering 60 cities across the country.