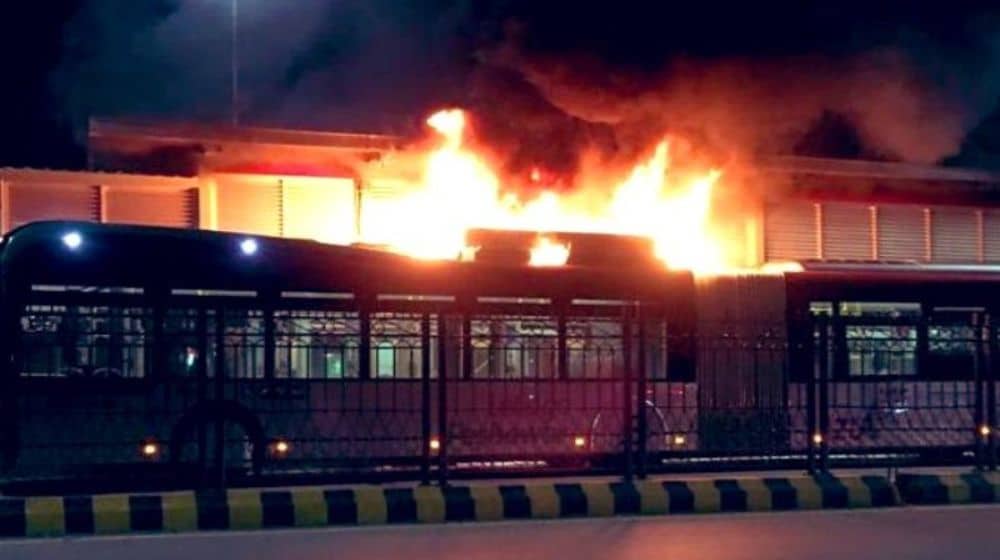 According to the service management, the fire originated in the engine, resultantly, setting the whole bus ablaze, adding that the passengers were unharmed but the bus was burnt to a crisp.

Moreover, the rescue officials confirmed that the fire incident occurred at the Murree Road Rehmanabad metro station in Rawalpindi.

Furthermore, the administration mentioned that they were trying to figure out other causes behind the fire.

A video recorded by a passerby showed dense smoke exuding from the metro station surrounded by a hoard of people looking at the scene curiously.

Earlier, in a similar incident, a metro bus had caught fire at Jinnah Avenue in Islamabad on Monday.

The passengers were safely rescued with no casualties as the driver stopped the bus just in time and opened the doors, letting the passengers exit the bus. The fire brigade also reached the scene in order to control the flames.

In addition, the Metro Bus Authority says that the situation is under control and the passengers were rescued safely.

The authority further added that they had sent a report to the government of Punjab, seeking funds for maintenance works of the buses and metro tracks.