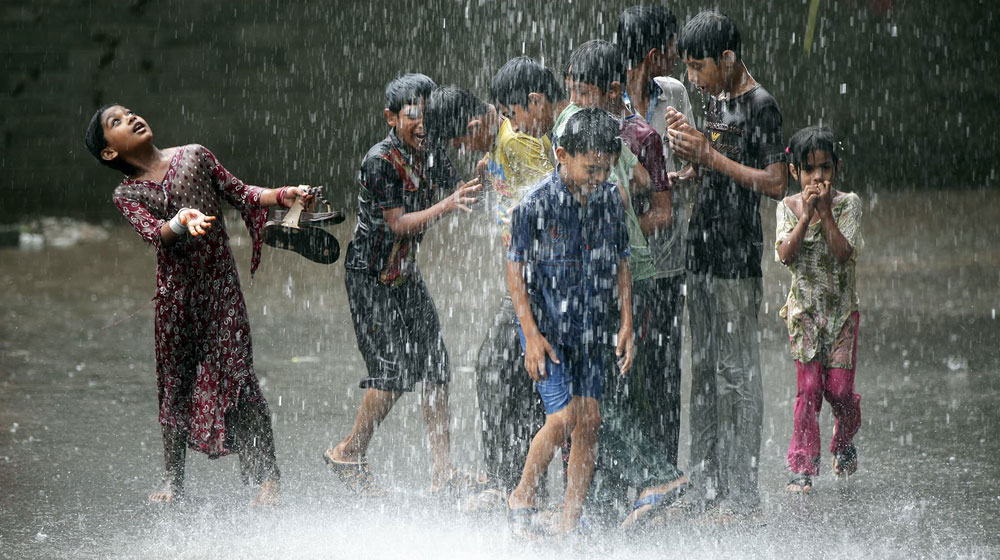 Pakistan experienced 181 percent above average rain with 177.6mm against the average of 63.1mm this July, making it the wettest July since 1961.

A province-wise breakdown shows that Balochistan received more than 450 percent rain; Sindh over 308 percent; Punjab got more than 116 percent; Gilgit Baltistan (GB) more than 32 percent, and Khyber Pakhtunkhwa (KP) experienced over 30 percent more than the average rains in July.

The monsoon began in northern areas on 30 June, a day earlier than usual, and July experienced three extensive rain spells, making it the wettest month of the year. On average, July’s rainfall contributed 45 percent and 21 percent to the monsoon and annual rainfall respectively.

Wettest and Hottest Days in July

25 July was the wettest day of the month with Badin, Sindh, recording 219 mm rainfall, whereas Pakistan Air Force (PAF) base Masroor, Karachi, was the wettest place with the highest monthly total rain of 606 mm.

Moreover, Nokundi in Balochistan experienced the hottest day of the month at 48°C on 2 July, and the coldest temperature of the month was recorded in Kalam at 10°C on 16 and 17 July.