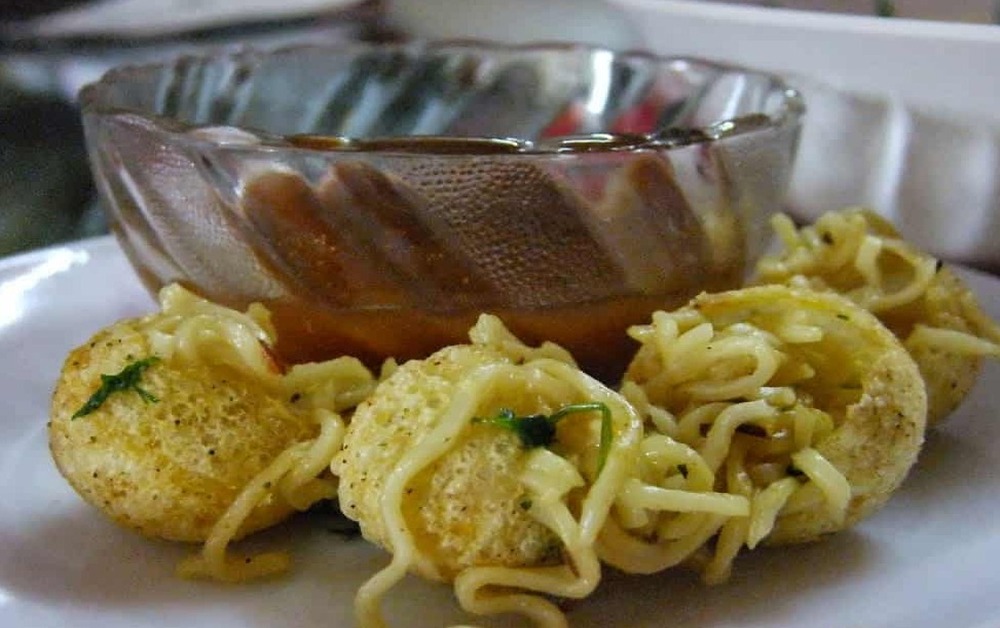 In today’s episode of bizarre food combination, we present Maggi Pani Puri. A video posted on Twitter goes viral, which shows a person filling pain puri with instant masala noodles instead of the usual potato filling. He then adds spicy mint water on top of the Maggi noodles.

Pani Puri, a classic roadside snack, is probably one of the most enticing food items for anyone. Then comes the instant Maggi noodles that are equally popular among adults and children alike. It’s probably safe to say that Maggi and pain puri are two of the most loved comfort foods, but not together. These two snacks shine on their own, but when combined, it just becomes weird. A video of ‘Maggi Pani Puri’ has gone viral on social media, leaving everyone feeling squeamish and disgusted.

The video was shared by a Twitter user named Mohammed Futurewala with the caption, “Dealing mid-week crisis with Maggi Pani Puri…Hope it helps you all too”. The 11-second video shows the vendor making Maggi Pani Puri. The vendor is seen swapping the usual potato and chickpea filling with instant noodles. To top it all off, he adds the signature pani puri sauce to the noodles.

The video of this bizarre food combination received a lot of hate. Many Twitter users went as far as slamming the person behind the camera for sharing this unusual food dish. Like many of the other ‘Maggi’ experiments, this too made people gag. One user commented, “Why would you do that?”. Another said, “Why spoil Panipuri? It’s not Noodlepuri!”. While someone else expressed his aversion by saying, “Damn!!! This is killer!!! Can turn a foodie like me against food!”.

While there were people who openly expressed their repulsion, there were those who didn’t find anything wrong with this combination. Like this person who said, “Nothing inherently wrong here. Would have used red chili garlic chutney instead of green one. Or maybe soupy Maggi”. Another user commented, ” This would taste good. I can imagine.”

Anyhow, this isn’t the first time that we came across a Maggi experiment. Maggi is a staple ingredient for many fusion dishes owing to its practicality and likeness. But honestly, Maggi Pani Puri is definitely a bizarre Maggi fusion.