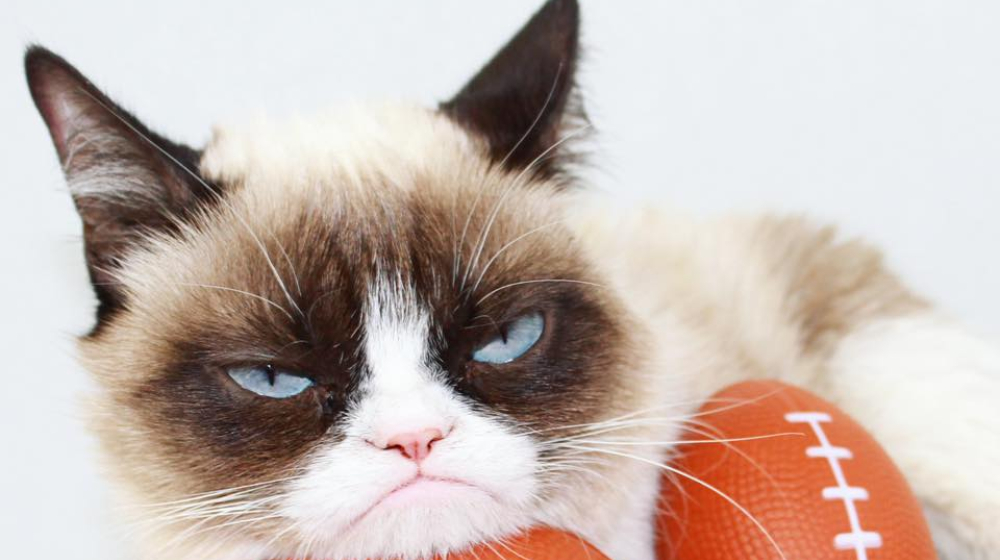 If life wasn’t hard enough we just lost ‘The Grumpy Cat’. The internet-famous cat, who was also known as “Manhoos Billi” around these parts, always managed to cheer us up with the memes that featured her.

Some days are grumpier than others…and this is one of those days.

Grumpy Cat died due to a urinary tract infection. The testy feline had been suffering from the UTI for a bit and couldn’t recover.

“Despite care from top professionals, as well as from her very loving family, Grumpy encountered complications from a recent urinary tract infection that unfortunately became too tough for her to overcome.”

She died on Tuesday, May, 14, 2019 in her owner Tabitha’s arms. The family didn’t announce the news of Grumpy Cat’s death until today.

“Grumpy Cat has helped millions of people smile all around the world – even when times were tough.”

The Making of Grumpy Cat

A once ordinary kitten, Tardar Sauce was born on April 4, 2012 in Arizona. She was raised by her owner Tabatha Bundesen.

This photograph, which was posted on Reddit, is what made her viral.

This gave birth to Grumpy Cat memes…..and we haven’t looked back since.

It all started with this image. THIS DAMN IMAGE! Why Grumpy Cat had to die??? WHY???????? pic.twitter.com/BKArOtAbDH

One thing’s for sure, Manhoos Billi or not, we can’t help but be sad at the passing away of the internet sensation.