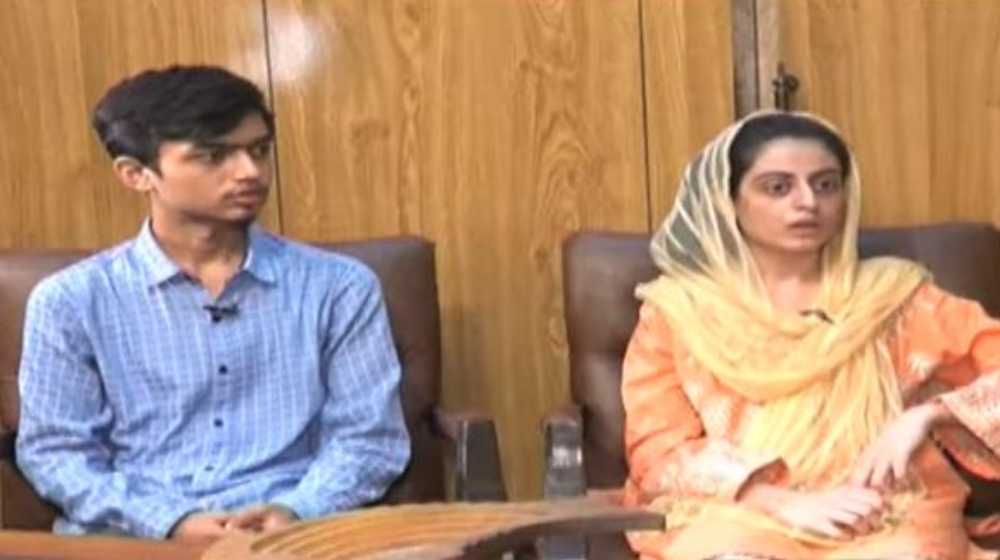 For the past few months, the Dua Zehra saga has gripped the entire nation. The sudden disappearance of a young girl in April had everyone worried. People, including celebrities, were up in arms, demanding Sindh Police take action over the alleged kidnapping. However, as it turns out, the case is of a girl running away from home. Dua went to Lahore to marry a guy, Zaheer Ahmed, against her parents’ wishes.

A few days before the couple came forward to clarify things and dismiss speculations people had about their interview being scripted or planned. She also recalled the story of her running away from home. She told interviewer that her parents were forcing her to marry her cousin. The young girl also claims that her parents knew about Zaheer and had allegedly abused her.

The case of Dua has turned into a media circus, with both Sindh and Punjab police as well as their respective courts heavily involved in the proceedings. And once again another development has occurred in this case. After submitting a plea for finding out the age of Dua by her father the medical team of 10 members once again did several tests to clarify her real age.

And the results came out shockingly true as told by her father. She is reported to be almost 15 years old which makes her underage for marriage. Lawyer Jibran Nasir mentioned that as per the latest developments this marriage is illegal and Zaheer Ahmed will be soon in Jail for this inappropriate act.

After this development, Dua Zehra once again appeared in an interview and released a bold statement. She said,

“I’ll not go with my parents at all because I’m sure that they will kill me. I don’t even want to go to any shelter home, I want to live with Zaheer. I cannot live without him, I’ll die if someone tried to separate us.”

And she gave a message to her parents through this interview and said,

“I have not committed any sin or done anything wrong, that they are doing such acts and reaching court again and again. I did Nikkah of my own will, please let me live peacefully.”

Take a look at the full interview below.

Here is what netizens have to say about this recent development in the Dua Zehra case.