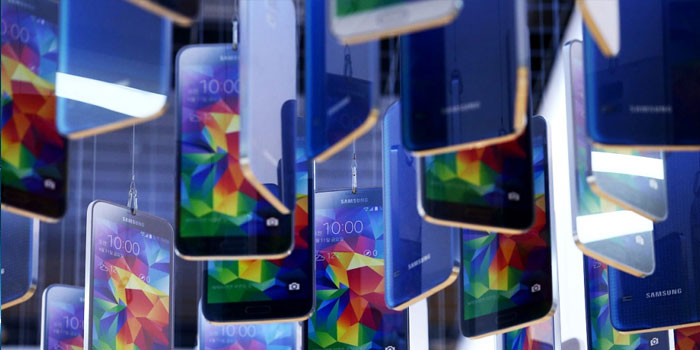 Samsung had a rather unimpressive last quarter with sales and revenue both taking a hit over the past year.

Over the past three months, it made a decidedly large revenue of $48.6 billion and a profit of $4.87 billion over that. Most companies would die to have numbers like these but for Samsung, they represent a drop of 11 percent and a staggering 36 percent over the same quarter last year. 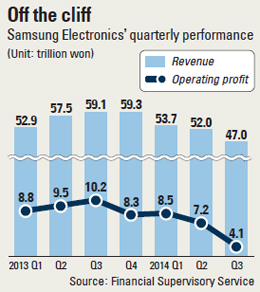 The last year has proved to be rather tough for the company, with its flagship the Galaxy S5 being said to deliver too low on made promises. Things did improve later in the year with the arrival of the Note 4 but they were never quite reached the mark of last year.

The mobile division in particular has seen its profits drop by 64 percent. If rumors are to be believed, Samsung will drop Qualcomm’s in favor of its own Exynos. Samsung predicts things will improve next quarter with both the phones and wearables to come with premium design. It won’t be too late but changing an image? That’s tough.

According to Counterpoint Research, Apple has already beaten Samsung to the first spot with sales of 74.8 million vs around 74 million. Anyhow, whatever step Samsung needs to take, it must be taken fast.