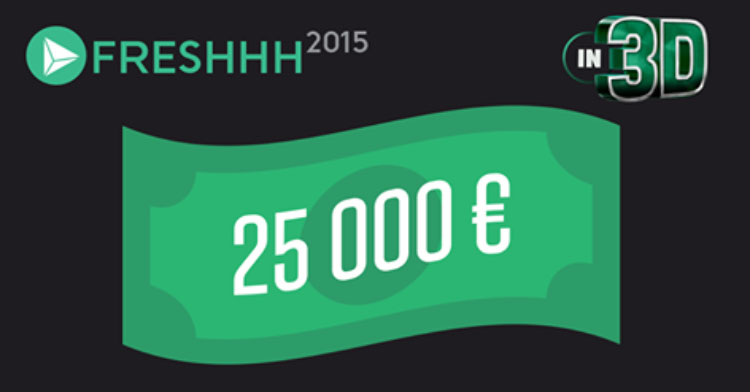 Freshhh is an international award-winning online competition for talented students interested in real-life challenges of the oil and gas industry. At the Live Final the teams will compete during a simulation game and will be evaluated by a jury. The winner team will win a total of 25,000 Euro and the top 3 teams have the chance to join MOL Group.

The exciting day will end with the award ceremony and an exclusive closure cocktail party.

The most interesting part is that Pakistan ranked number 1 of all countries with 837 teams out of 2,110 that applied from around the world but unfortunately no Pakistani team could make it to the finals. Teams from Croatia, Czech Republic/Slovakia, Hungary, Russia and Slovenia have
reached the final and will compete live on 28th May in Budapest.

Just as exciting as the fresh ideas of the students is the team structure. Except the Decore team where all members are studying chemical engineering, all teams are studying different specializations. While one member of the Just Ask Siri team studying mathematics, in the teams CHunters and Upright Solutions there is always a geological student.

Freshhh, a three-member team competition, is part of MOL’s innovative, award-winning talent acquisition corporate strategy under which the Group attracts top talents from across the globe.

MOL’s motto “Play hard. Work hard.” is self-explanatory as to what kind of talent the company is out for hunting. The competition started from March 9th and international teams from across the world would be joining the online competition to prove themselves in oil and gas industry related tasks developed by the Group.

Registration for the Freshhh online simulation game remained open till the 3rd of April. Last eight years saw more than 10,000 students partaking in MOL’s online competition from around 70 countries.

Headquartered in Budapest, Hungary, MOL Group is a century-old integrated oil and gas giant actively operating in more than 40 countries with the help of its 30000-member dynamic international workforce.