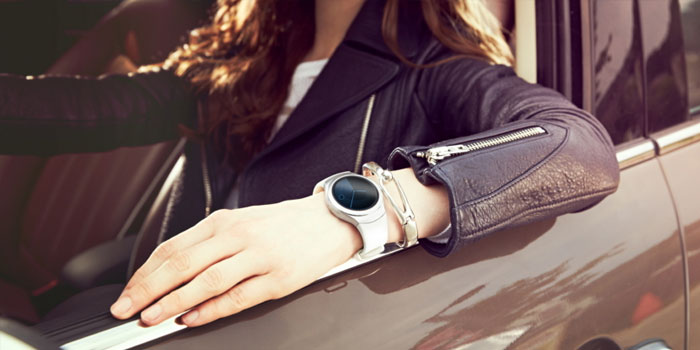 Samsung’s Gear S2 was officially announced along with the Note 5 and S6 Edge+ two weeks back, but for some weird reason, we are only now seeing a proper launch.

The new Tizen-running lineup currently brings two watches with much similarities, save for the design mostly. The Gear S2 Classic features a black design with a matching leather band, while the standard version brings futuristic design in two colors with matching bands.

The new watches bring a 1.2 inch circular display with 360 x 360 resolution, which is noticeable smaller compared to rivals (the Moto 360’s is by comparison .36” bigger). More importantly, it is surrounded by a rotating bezel, which along with the home and back keys will provide a way of controlling the watch. 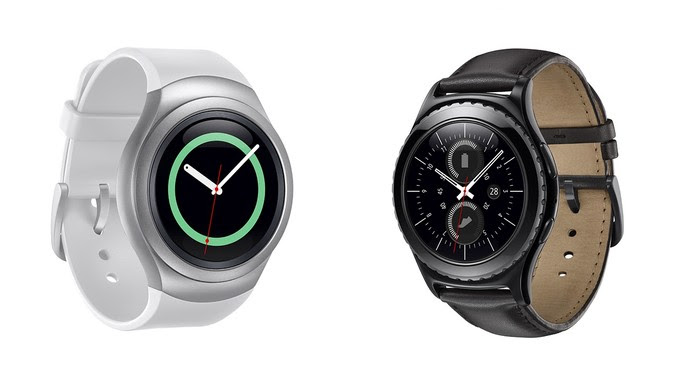 On the hardware side, you get a 1 Ghz dual-core processor with 512 MB memory and 4 GB internal storage. It is IP68-certified for water and dust-resistance.

The Gear S2 will come built-in with NFC for Samsung Pay, as well as Bluetooth 4.1, Wi-Fi and, above all, (optional) 3G which will support voice calls straight from your wrist. It will also notify you about your texts, fitness tracking, emails, reminders, news updates and more.

Battery life is said to last around two to three days. A notable change is Samsung’s proprietary Tizen OS, rather than Android Wear. Now, Tizen does come with less apps, watch faces and the bling-bling than Android Wear, but is also said to be easier on the resources.

Pricing and availability details are not announced but they should be out soon.