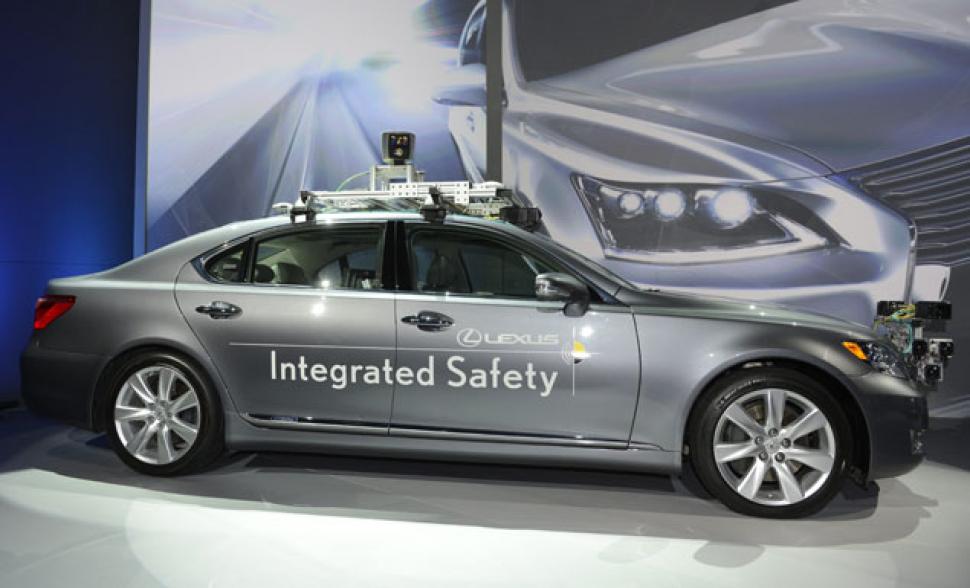 The world’s largest car manufacturer, Toyota, knows a thing or two about making cars. Making those cars automated and capable of self-driving is next for the Japanese car giant. It is for this purpose that Toyota has announced its plans to establish a Toyota Research Institute (TRI) which will develop AI technologies for autonomous cars and robot helpers for people’s homes.

Toyota plans to invest $1 billion dollars in TRI over the next five years. The company will establish TRI headquarters near Stanford University in Palo Alto, California and a secondary facility near MIT University in Massachusetts. The car manufacturer announced partnerships with the aforementioned universities last month, along with $50 million in funding.

Yes, Toyota has finally decided to make the jump to manufacturing self-driving cars.

Dr Gill Pratt will be leading TRI and will also be its technical advisor and CEO. He’s the man behind DARPA’s Robotic Challenge. Pratt says that Toyota’s initial goal is to decrease car accidents, make driving easier and bring mobility to the home for senior citizens.

As is clear from his comments, Toyota won’t immediately start manufacturing self-driving cars, but will gradually bring automation to vehicles. Rather than bringing cars that are out of reach of the public or are not allowed in the whole world, Toyota will still keep human drivers on the driving seats. Toyota’s aim here is to “make a car that is never responsible for a crash.”

“Regardless of the skill of the driver, we will allow older people to be able to drive, and help prevent the one and a half million deaths that occur as a result of cars every single year around the world.” – Dr. Gill Pratt

The car manufacturer also revealed why it’s getting serious with the indoor robotics and mobility market. The move has to do with its home country’s increasing senior population (over 65 years) which is currently 25 percent and will increase to 40 percent in the next 30 years. Its biggest market, the US, is also facing a similar problem with 20 percent of the population over 65 by 2030. Toyota has been developing robots like the Human Support Robot (HSR) and several other prototypes during this time. While self-driving cars and robots may seem in different leagues, they rely on the same AI research that include Computer Vision and Machine Learning.

“If you think about the use of robotics within our homes, it is the same as the use of vehicles when we travel on the road. A lot of the same technology can be brought to bear. Toyota is also convinced that there should be a strong relationship between people and the machines that are helping them to move.” – Dr. Pratt

Don’t expect TRI to produce any commercial products soon. Toyota states that its primary mission is to accelerate R&D in the field. Toyota aims to make its current vehicles semi-autonomous by 2020. Let’s see if Toyota’s cautious strategy will let its rivals beat it to the market or is proven right in the long run.