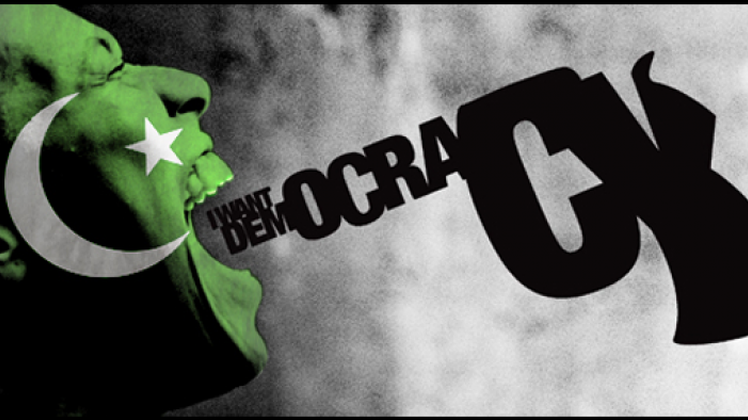 A public poll conducted by the Pakistan Institute of Legislative Development and Transparency (PILDAT) revealed that 54 percent of Pakistan’s population are satisfied with the overall quality of democracy in the country.

A press release was issued on Thursday which stated that the survey has been conducted in the third year of current federal and provincial governments, i.e the period between June 2015 to May 2016.

It should be mentioned that PILDAT conducted similar polls for the last two years of this government as well.

According to the report, ‘the overall support for quality of democracy in the country remains consistently positive.’

However, the ‘favorable’ outlook with regards to democracy as a system of governence has taken a nosedive with a decline of 11 percentage points during the last 3 years.

3 years ago, 67 percent of the respondents voiced support for the democratic system. This figure declined to 64 percent 2 years ago. It slid down further to 56 percent this year.

The percentage of people satisfied with the existing democratic system has fallen from 58 percent from the second year of elected government (June 2014-May 2015), whereas in the first year (June 2013-May 2014), the figure stood at 55 percent.

These figures shouldn’t be confused with the stats given for support for democracy ‘as a system of governance’. They are valid for the existing democratic system that is present in Pakistan.

Provincial Support for Quality of Democracy

Provincially speaking, here are how each of the provinces fared when it came to support for democracy:

58 percent of the majority in the urban areas showed support whereas, in comparison, the rural areas saw 47 percent support for democracy.

Although democracy still enjoys support from the majority, its popularity has fallen by 11 percent in past three years, an alarming decline.

A relative minority of 28 percent believe that military hold will be more beneficial for the country. This figure stood at 19 percent during the first year of the PML-N government, rising to 20 percent at the end of second year.