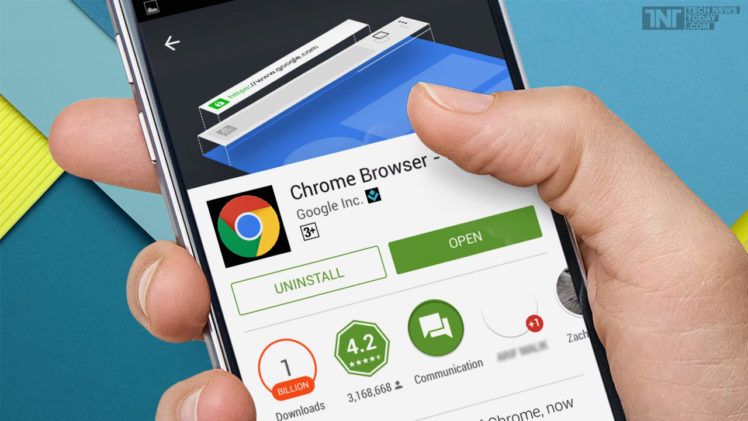 Google is updating the Chrome browser on Android to make browsing experience more bearable for people in developing countries with slow internet speeds.

Data Saver is being vigorously implemented on the mobile version of the browser. As a result, it now uses significantly less data than before. MP4 videos, for instance, chew up 67-percent lesser data than before when played in Chrome. Google estimates that in a single week of testing, it saved up to 138 TB of data.

It can also automatically detect whether the user is coming from a slower connection, quickly optimizing HTTP websites and in the process saving up to 90-percent of the data. It loads pages up to twice as fast, too.

Next is what Google calls a “new downloads experience”. Through it, users will be able to save webpages, music, pictures or videos for viewing later. This data will stay within Chrome and will automatically resume download once the user connects to the internet again.

Also when you open Chrome now, apart from the usual bookmarked sites, you’ll also see what’s trending currently and your recently downloaded pages, just by scrolling down from the main screen.

Last but not the least, the often forgotten Google News is also getting a Lite mode for use on slower connections. It too can automatically kick in once it detects a slower connection, and cut down the interface to a bare minimum.

When turned on, users will only see what’s important, without the inclusion of images to increase load speeds.

The changes were announced as a part of the “Google for India” event, which was specifically for people who come online with a not-so-brisk connection. The changes are available for the beta version of Chrome already, with the final release said to arrive in a few days.