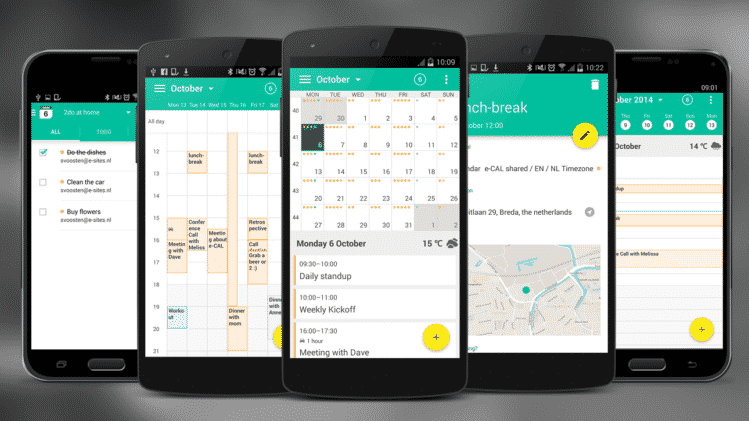 Google has just announced the winners of this year’s Material Design Awards. The awards which were introduced last year provide acclaim to those developers who did their best in employing Material Design, Google’s major design philosophy, in their Android apps.

The winners of the award all elevated Material Design to some extent, while also appropriately highlighting their brand. The selected apps will be honored at the SPAN LA conference on the 27th later this month. Here are the best Material Design apps for this year:

Team Tasks & Projects is a collaborative tool which achieves efficiency and ease of use on the back of its polished interface and focused design. With an app with a bunch of efficiency, Asana completes its task with remarkable simplicity.
Play Store link

The Fabulous app is a so-called “happiness trainer”, which functions as your personal coach and helps you achieve goals through its positive reinforcement. Its vibrant transitions, animations and soundtrack have merited it a place on the list.
Play Store link

C Channel on the other hand is an app which displays user-submitted videos which deploys a gesture based system of interaction, which allows seamless transition between videos. The app is only limited to its Japanese and Thai version, unfortunately.
Play Store link

Kitchen Stories is a cooking application which is being lauded on its ability to work just as well on all app sizes. The well-designed app demonstrates recipes in a well-organized layout.
Play Store link

Last is Airbnb, the peer-to-peer marketplace which was acknowledged to have shown remarkable efficiency when carrying out nominal tasks such as signing in, browsing and booking reservations. In all of that, the app maintains its air of vibrancy and unobtrusive branding.
Play Store link