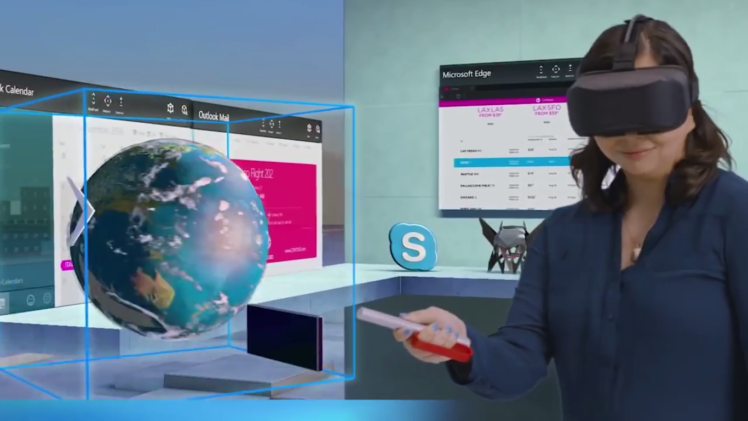 Microsoft held a Surface event yesterday. This year their event featured a number of announcements including Windows 10 Creator’s Update.

The new update to Microsoft’s OS will be arriving in spring 2017. The Redmond company did not announce a concrete release date for it.

Here are some of the new features Windows 10 Creators Update is bringing with it.

The major focus on this update is 3D. Microsoft showed how you can get a 3d scan of an object through your phone. You can then upload it to paint, the new 3D Paint to be exact. After that you can edit it or view it in augmented reality thanks to HoloLens and share it with a friend or relative to view in virtual reality.

The new 3D Paint and Powerpoint were also shown. The aforementioned 3D paint can now let you create simple objects in 3D or edit pre-taken 3D scans of an object. You can get these objects 3D printed as well.

Powerpoint will now feature 3D art for presentations as well. You can integrate objects from a clip-art library and then add affects to it (like the spinning tree in the above video).

Microsoft says that they will be bringing 3D to most of their popular applications as well, later on.

Virtual Reality or VR will now be much more accessible to everyone. Companies like Oculus’ and HTC’s VR headsets which were too expensive for an ordinary person to buy (close to $800/$900). Microsoft seeks to remedy that by partnering up with other popular PC and PC accessory makers like Asus, HP, Dell, Lenovo and Acer. The prices will start from $300 which is 3 times lesser than HTC Vive or Oculus Rift.

Microsoft however did not reveal any detailed specifications for these headsets or a release date.

The Windows maker is adding better streaming capabilities to its Xbox Live app. Now you can just start streaming a game session midgame by pressing Windows button plus “G”. Xbox Live will tell your friends that you’re streaming and will let anyone comment on your stream in real time. This is very similar to how one of the most popular streaming services, Twitch, works.

Microsoft is also updating their popular gaming tournament application, Arena as well. Arena was a service that Microsoft’s developers and e-sport companies could use to create and organize gaming tournaments. Now following the Creators Update, users can create their own custom game tournaments with score tracking to make things easier.

Do you update Windows 10 at all? Or are you one of the majority that hasn’t moved on to Windows 10 yet? Sound off in the comments.