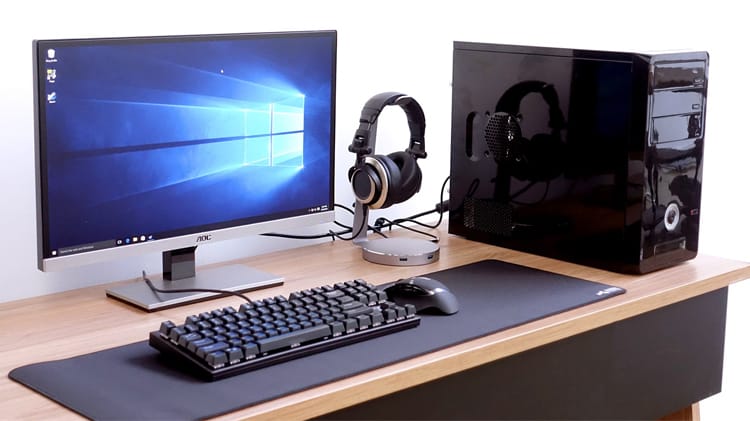 Before the arrival of gaming consoles such as PS4 and Xbox One, PCs were and still remain the hottest trend in the market. Even in 2016, the usage of PCs for gaming purposes is still not dead.

According to Superdata Research report, the worldwide gaming industry was worth $91 billion this year. The arrival of games like Pokemon Go took the world by storm and helped the net worth of the market to rise this high.

The report also found that the PC gaming market made a massive revenue of $36 billion over the year, “driven largely by free-to-play online titles and downloadable games.”

Competing with the console’s $6.6 billion earned over the year for premium gaming, the PC still managed an impressive $5.4 billion. Overwatch made the biggest impression by earning $586 million. CS:GO, Guild Wars 2, Minecraft, and Fallout 4 followed Overwatch in the earnings department. 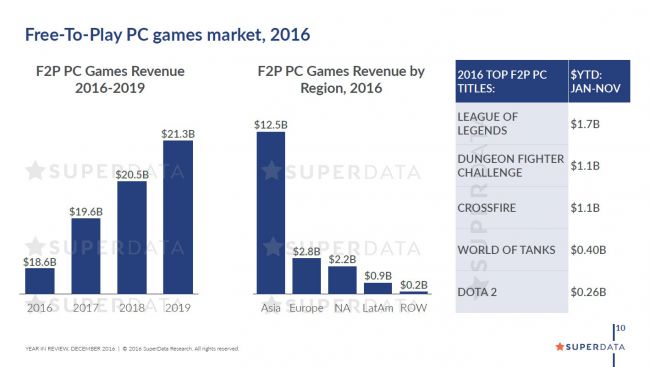 According to the report, the real earning came through the free-to-play games. Following is the list of the top games along with the money they earned:

“After launching more than seven years ago, League of Legends is still on the top earning Riot $150 million per month. Dota 2 comes in second at $23.4 million per month this year, show fans’ hesitation to switch to another MOBA.”

“The modest success of mid-tier titles like Heroes of the Storm, Smite, Heroes of Newerth, and Paragon is still dwarfed by the top two, a persistent trend over the past several years.”

According to Superdata, the PC valuation is based on social, free-to-play, subscription, and premium games. However, there is some estimation involved as companies like Valve and Riot do not make their earning records public.