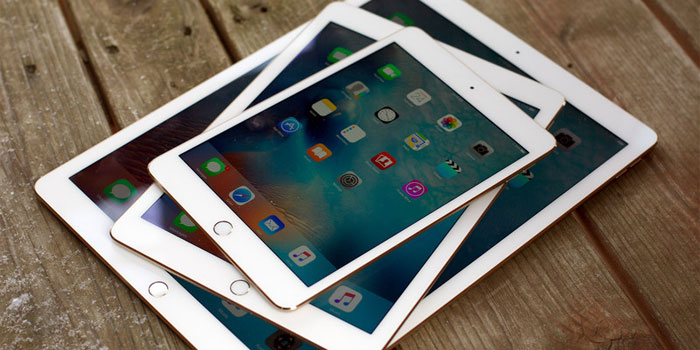 Apple has been suffering a major decline in the sales of its iPad line. Not just in terms of revenue but the general sales volume has also been down.

iPhones have been capturing the market and stealing the spotlight from Apple’s other products for a long time now. Products like Chromebooks have also played a key part in snatching away the market from iPads, causing their sales to decrease drastically.

The trend is apparent from the following graph: 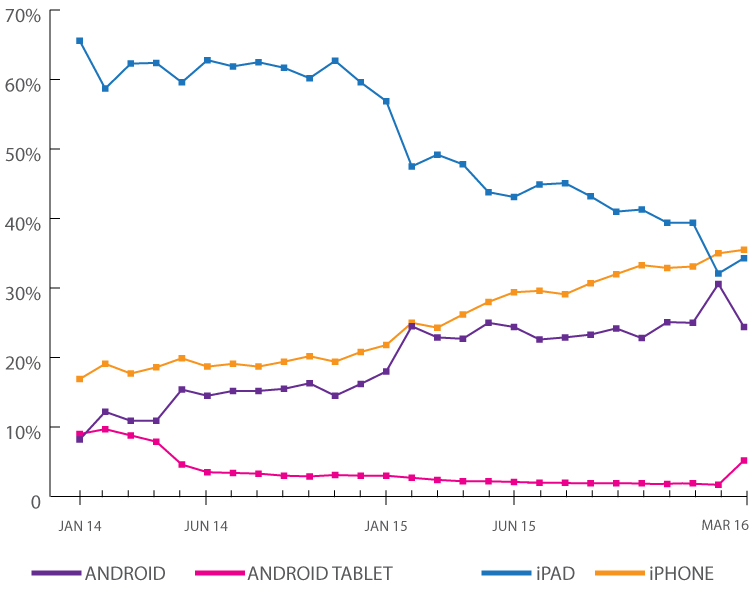 To stop the bleeding, Apple is going to launch three different sized variants of the iPad Pro this year according to an analyst at KGI Securities.

The 12.9 inch variant will be the successor of the current 12.9 inch iPad Pro, the 10-10.5 inch variants will be the high-end versions, and the 9.7 inch one will be offered as a low-priced version, or as low of a price as Apple products usually go.

The 10-10.5 inch models will feature a narrow bezel design as well. Fingers crossed for an edge to edge display!

Half of the iPads Sold Will Be of The 9.7 Inch Variant

Quo believes that the 9.7 inch variant is going to see greater shipment contribution and will make up 50-60% of the total shipment for iPads.

The 10-10.5” versions’ sales will drop down from 20% to 10% this year. He says that the 10-10.5 inch variants may attract more demand from commercial, enterprise and tender markets.

Quo says that although the numbers are expected to fall short this year, the higher Average Selling Price (ASP) might just make up for that.

A better ASP thanks to improved product mix on decreasing exposure to iPad mini will likely offset the shipment decline.

The new versions of the iPad Pro are going to hit the global market in the next quarter of this year. They should be available in Pakistan around summer.

The current prices for iPads hover between Rs60,000 to Rs90,000, so a similar price range should be expected for the newer versions unless Apple decides to add a premium for a gimmicky feature.