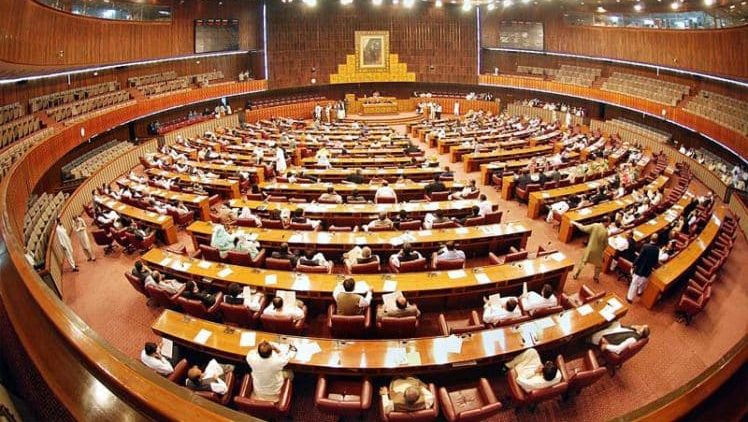 Social Entrepreneurship has immense potential to contribute and to give boost to overall economy of Pakistan. Hence, the government has initiated deliberations at the floor of National Assembly to mainstream this crucial sector of the economy.

This was stated by Qaiser Ahmad Sheikh, Chairman of National Assembly Standing Committee on Finance and Revenue while speaking at seminar ‘Recommendations for Social Enterprise Sector’ held by Sustainable Development Policy Institute (SDPI) here in Islamabad.

An in-depth research on the prevalent social enterprise policy landscape in Pakistan on the occasion was shared with the participants, the research conducted by SDPI, in collaboration with various knowledge partners suggested that urgent policy interventions are required to provide an enabling environment and a level playing field for social entrepreneurs in the country.

The research further explained that the fiscal policy measures were also required to bring down the cost of doing social business for the welfare of the poorest of the poor.

Qaiser Ahmad Sheikh, Chairman of National Assembly Standing Committee on Finance and Revenue informed the audience that federal government social enterprise has been made on considerations of the government in the wake of forthcoming national budget. He said that the deliberation on the sector had already been brought on the agenda of standing committee on Finance and revenue. He said the committee was working on the ideas to simplify SECP laws to facilitate the sector.

He added further that forthcoming budget could provide for support to start-ups towards the capacity building and organizational development needs of such entities. Likewise, Federal Board of Revenue was needed to consult SEs and hence, devise a tax regime that values social impact. Ministry of Finance and State Bank should also come forward to evaluate the factors why formal finance is not reaching the SEs and put in place corrective measures which boost lending to SEs.

How to Encourage Social Entrepreneurship

In addition to that, federal and provincial governments could take measures to encourage SEs through public procurement of goods and services, he concluded. Zeenia Faraz, Head of Programmes-Society, British Council, was of view that since a large number of youth taking interest in the social entrepreneurship, the measure bust be taken to encourage their venture.

Faraz Khan CEO Social Entrepreneurship & Equity Development (SEED) said that in near future, social enterprise is going to contribute significantly to the economy of the country. However, the sector needed more structure policy and regulation and a policy platform, where challenges and hurdles can be discussed to help improve the sector.

Omar J Ghani South Asia Regional Director ENCLUDE said that social entrepreneurship is a self-sustainable sector, but unfortunately, the sector lacks legal structure and regulatory framework. He said the regulators need to come forward and help support the sector by introducing a supportive legal framework and provide level playing field for the growth of the sector.