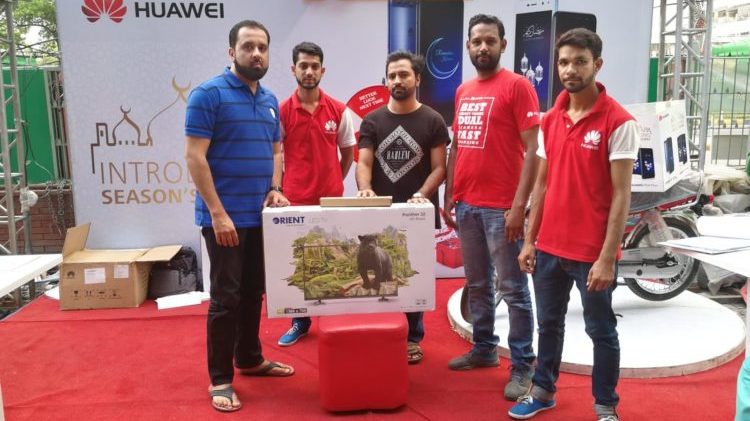 Huawei – a global tech giant – is rewarding its customers with a lucky draw following its campaign in the holy month of Ramzan and Eid. The company conducted its second lucky draw at Lahore where numerous lucky customers won a myriad of prizes such as motorbikes and LED TVs.

Covering major cities across Pakistan, the Grand Lucky Draw will be held on the next two Fridays as well. The gifts include handy items such as selfie sticks and more, whereas the grand lucky draw will offer bigger prizes such as TV Sets, Motorbikes etc.

To enter the competition, customers have to purchase any Huawei device from an authorized retailer. All buyers will will win Huawei merchandise and gain automatic entry into the grand lucky draw. The live audience on Huawei’s social media pages also got the opportunity to win giveaways by participating in various games and contests.

With the recent launch of Huawei Y3 and Y5 (2017), the tech giant is gearing up to release the Huawei Y7 (2017). The device will be launched in July, and is slated to come with the same processor and better camera features the Y series is known for.

Huawei is rapidly emerging as an innovative industry leader within the electronics and telecom arena, aiming to deliver exceptional services to the rapidly expanding segment of Smartphone users in Pakistan.