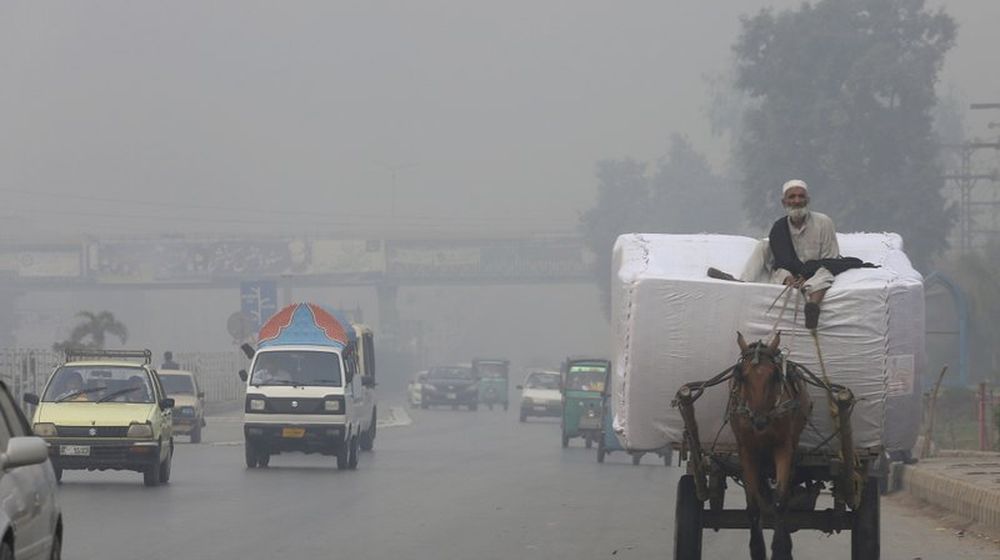 The decision comes after smog engulfed most areas of Punjab and KPK for days. Authorities seemed crippled and speechless after continuous scolding from public to solve the environmental pollution problem.

One of the main reasons behind increased air pollution in Peshawar and KPK is the construction of Bus Rapid Transit (BRT) system. The dust from the construction settles in the atmosphere along and is causing traffic issues.

This dust then combines with the emissions from vehicles stuck in traffic to form a thick polluted atmosphere. Smog coming from different regions, especially Punjab, to the province does nothing but add fuel to already adverse situation.

The decision from KP authorities has been taken while considering the damage this level of pollution could cause. KPK authorities fear that the pollutants will exceed the permitted limit by World Health Organization (WHO) which will prove to be disastrous for citizens.

In an attempt to get prepared for any health emergency KP’s health department sent a letter to Environmental Protection Agency (EPA). Authorities were directed in the letter to monitor air quality daily so that any unwanted situation can be mitigated. Part of the letter reads,

Air pollution in the city may trigger a health alert, population may be affected by this serious health issue.

The data collected by EPA will be sent to health monitoring system at Health DG office.

Furthermore the province’s health department has also sought recommendations from EPA on how citizens can avoid harmful effects of air pollution.

Lahore remained the center of smog news. According to WHO, reducing PM10 pollutant to 20 micrograms/meter from 70 will decrease deaths caused by air pollution by 15%.

Level of income also affects the air quality of countries. 98% Places – population more than 1 lac – with low to middle level income do not meet WHO air quality standards. The situation isn’t very pleasing for high level income countries either however the percentage there is 56%.

KPK’s Attempts to Solve the Crisis

KP Public Health Act 2017 is a similar attempt to increase public awareness about potential hazardous material in the air. The 2017 Act defines any dangerous content in the air and extent of harm that it can cause.