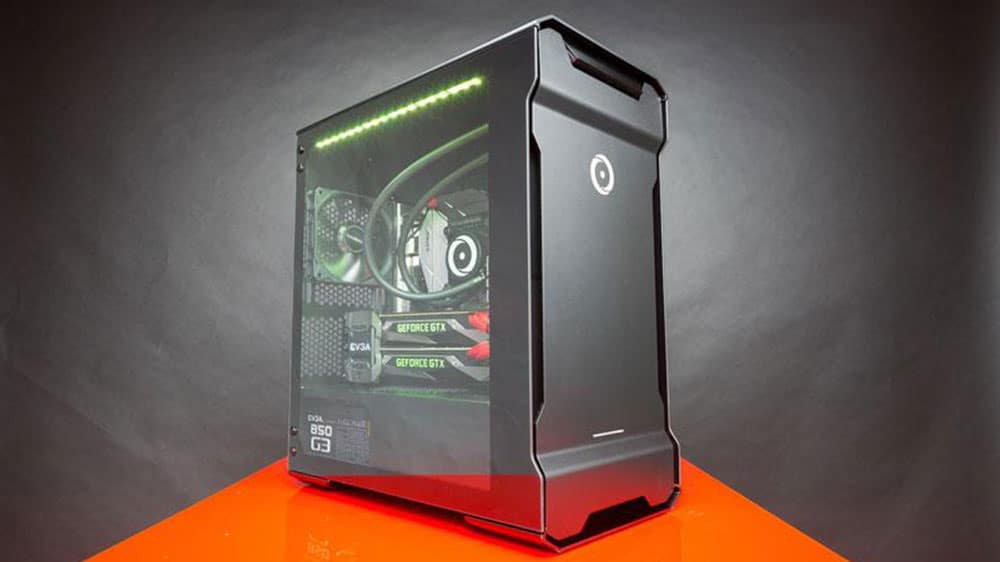 Want to win a beast machine and seriously boost your PC gaming skills? Mountain Dew is giving away 25 Origin PC Neurons to 25 lucky winners this month!

The competition began on 6 December 2017 – 7 winners have been announced on Mountain Dew PK’s Facebook page – 18 PCs remain to be won.

The machines have Intel I3-7350K processors and come with two hard drives for ample storage: 120GB and 1TB respectively.

They are custom configured by Origin and run MS Windows 10 Home for a smooth gaming experience. Single 16GB Origin Recovery USB Drives are also included in the packages.

Asides from the impressive specs onboard, the PCs have a sleek, streamlined design. The MSI H270M BAZOOKA motherboards are encased in a hard black shell on all sides but one: the right panel is made of clear glass and opens up to allow further modifications.

The Neuron is an answer to the frustrations routinely felt by PC gamers in Pakistan; slow response time, severe lag and software crashes are among some of the most common complaints.

While the gaming phenomenon is on the rise, as is evident from the popularity of forums such as PakGamers, players do not have an easy time acquiring machines. Many of them opt to build their own rigs as the ones available often do not have the required specs or are too expensive to buy.

The Dew-Origin partnership is doing exactly what it promised: bringing high performance gaming within the reach of seriously passionate gamers who want to focus on the game rather than worry about why their graphics aren’t rendering properly.

How to Participate and Win

More details about the competition can be found on Dew’s Facebook page: @MountainDewPK.