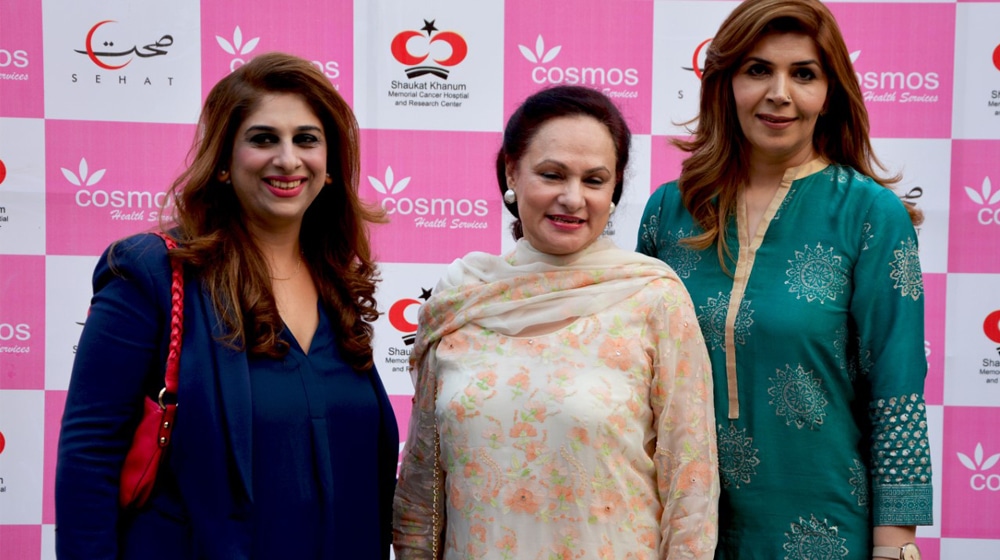 It was late October when a novel concept entered the realm of healthcare in Lahore – the concept of a micro-boutique hospital.

It’s classified as a micro hospital because of its small capacity as a 15 bedded facility – it’s classification as a boutique facility, however, is due to its ability to provide superior services from other healthcare facilities not just in Lahore, but in the entire country.

Cosmos recently made strides to make this dream a very plausible reality by signing a Joint Venture Agreement with the World Medical Centre, part of the Bangkok Chain Hospital Group, to establish 100 hospitals in Pakistan. 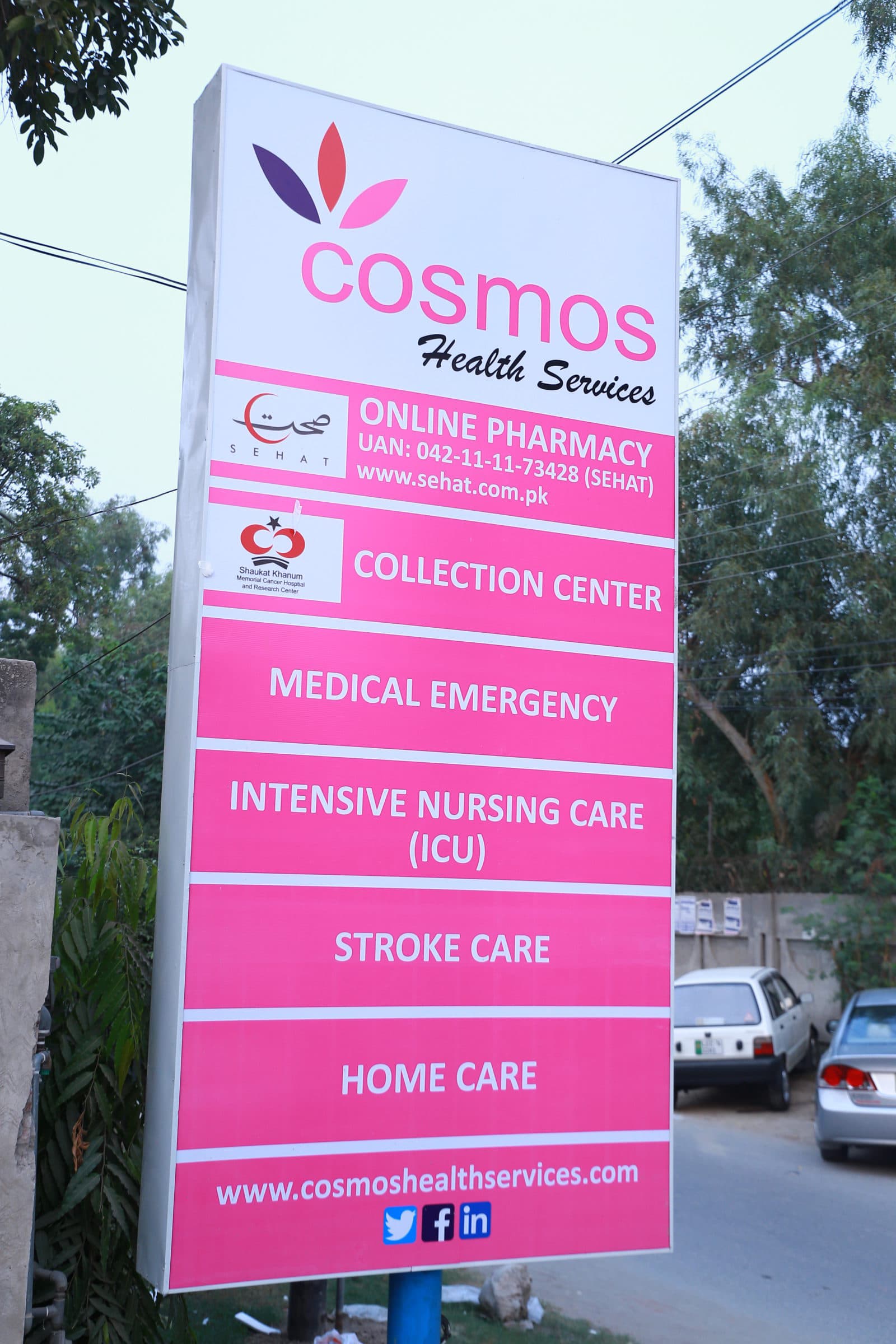 Effectively immediately, however, Cosmos will be able to hire properly trained Thai and Filipino personnel through this group for employment at the hospital.

Qudsia Mumtaz belongs to the well renowned Fazal Din Group, operating in the realm of pharmaceutical manufacturing, medical equipment distribution, and retail pharmacies since 1948. Amina Hasnain provided her own expertise as an interior designer. Henceforth, CHS aims to revolutionize the state of healthcare in the country through a simple mantra for running successful business: People, Product, Process.

Located at 65-D Muslim Town, on the same road as Inmol and College of Physicians and Surgeons Pakistan (CPSP), right behind Sheikh Zayed Hospital, Cosmos is conveniently located in the center of Lahore, which is a boon not only for its patients but also for its potential staff.

Many potential applicants make their daily rounds to the facility to inquire about openings. One thing that Mrs. Ashba Kamran does do right, however, is run a tight ship for his staff. Information on the facility is also provided on its website.

Each patient in a room is provided complimentary breakfast during his/her stay. The various equipment that lies in each room includes a ventilator, suction machine, cardiac monitor, and oxygen panels.

One would consider Cosmos Health Services to be a disruptive concept, but the fact of the matter is that disruption arises from a central pain point. In this case, it was the grave matter of Ashba losing her mother to negligent care provided at a large, popular hospital in Lahore. Ashba quotes the following, “

Even the finest healthcare institutions in Pakistan are simply not up to the mark. They may contain the word ‘Hospital’ in their names, but don’t live up to the international and basic stands of hospitality that these institutions provide. They are simply money-making institutions”.

Ashba even goes so far as to say that the reason around 60% of hospitals are occupied with terminally ill patients is because no such facilities exist that are solely focused on treating non-traumatic or terminal illnesses.

Ashba has come a long way, having originally started a two-bedded facility, for which she actually hired a Hungarian woman to train her nurses. Having originally hired 20 nurses, it was shocking to find that all they knew how to do in the beginning before being trained was how to put a branula. Now, Ashba has hired 35 nurses for Cosmos for her current 12-bedded facility. 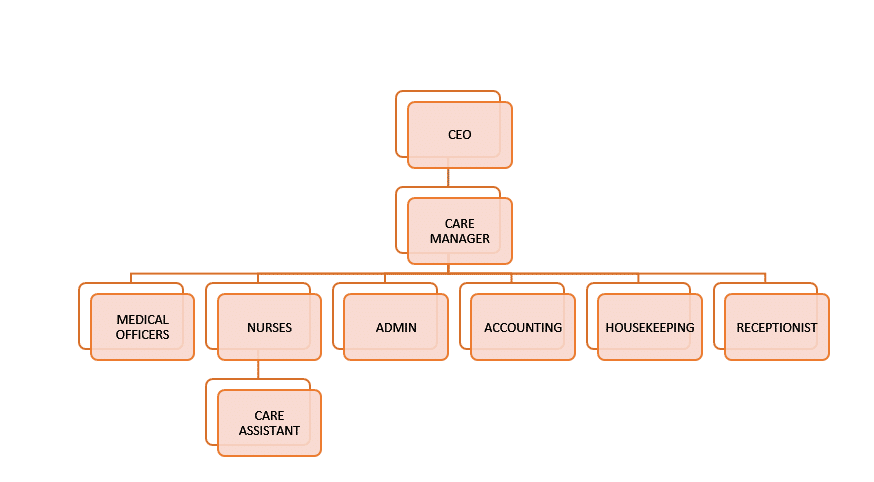 She is henceforth committed to her long-term goal of establishing satellite hospitals in conjunction with other interested franchisers to save the hassle of traveling extensive distances to get treated for patients in as many locations in Pakistan as possible.

Ashba Kamran also has created a school for special needs children after one of her close relatives was diagnosed with dyslexia. She can certainly inspire a new generation of Pakistanis with her immense contributions to the field of hospitality in Pakistan

With a progressive mindset for the future, Cosmos has also partnered with two reputable brands that can be considered the leading companies in their respective fields: sehat.com.pk – A Fazal Din Family Project (as their pharmacy partner) and Shaukat Khanum as their lab partner. In fact, Cosmos is Sehat’s first hospital partner for official pharmacy procurement, and Shaukat Khanum’s first ever institutional partner.

Cosmos Health Service for the time being offers the following services:

In addition to these services, Cosmos even has hired consultants who charged Rs. 3,000 to 5,000 per visit, on par with premium facilities across Lahore

All in all, healthcare has sorely needed a change in Pakistan, and Cosmos is here to provide that change. When your loved one’s health is at stake, there’s no better place for care than Cosmos.