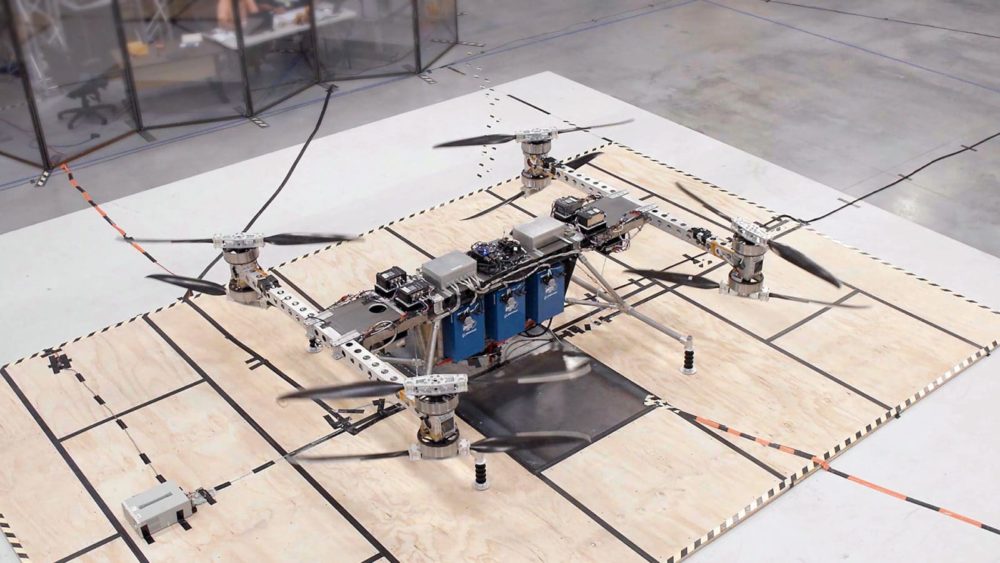 Boeing has successfully tested its new electric cargo air vehicle (CAV) prototype, which is capable of lifting up to 500 pounds of cargo. Boeing’s team of engineers and technicians designed and built this prototype in less than three months.

Boeing’s Chief Technology Officer Greg Hyslop said that the CAV will be used to test and evolve the company’s autonomy technology for future aerospace vehicles. He said,

This flying cargo air vehicle represents another major step in our Boeing eVTOL strategy, we have an opportunity to really change air travel and transport, and we’ll look back on this day as a major step in that journey.

Boeing HorizonX’s vice president, Steve Nordlund, said that Boeing researchers will use the prototype as a flying test bed to mature the building blocks of autonomous technology for future applications. Boeing HorizonX, with its partners in Boeing Research & Technology, led the development of the CAV prototype, which complements the eVTOL passenger air vehicle prototype aircraft in development by Aurora Flight Sciences, a company acquired by Boeing late last year.

Our new CAV prototype builds on Boeing’s existing unmanned systems capabilities and presents new possibilities for autonomous cargo delivery, logistics and other transportation applications, The safe integration of unmanned aerial systems is vital to unlocking their full potential. Boeing has an unmatched track record, regulatory know-how and systematic approach to deliver solutions that will shape the future of autonomous flight.

Chicago-based Boeing is the world’s largest aerospace company and leading manufacturer of commercial jetliners and defense, space and security systems. A top U.S. exporter, the company supports airlines and U.S. and allied government customers in 150 countries.

Boeing did not disclose the CAV’s travel range once it’s fully charged.