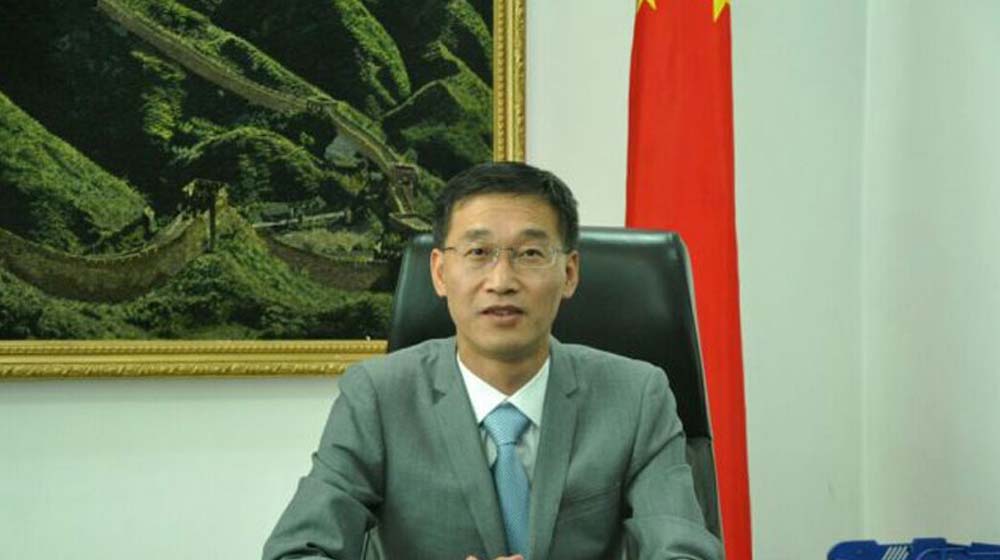 Notwithstanding the PTI-led government’s initial enthusiasm about Saudi Arabia’s proposed joining of China-Pakistan Economic Corridor (CPEC) project and subsequent clarification that the Kingdom would not be made part of the multi-billion project, China on Wednesday said that it had no objection over Saudi Arabia joining of the corridor project, which is part of Chinese President flagship Belt and Road Initiative.

The announcement came from the Chinese Ambassador to Pakistan Yao Jing on Wednesday. Talking to journalists at Quetta Press Club during his visit to the provincial metropolis, the envoy said that China had no objection to Saudi Arabia investing in the CPEC.

It is to be mentioned here that after Prime Minister Imran Khan’s visit to Saudi Arabia last month, the government had announced that the kingdom has signed grant agreements with Pakistan to finance three road infrastructure and energy projects under CPEC.

A number of federal ministers including the chief spokesman of the government Fawad Chaudhry had repeatedly said the Kingdom was going to join the multi-billion project.

However, later on, the government had to clarify that Saudi Arabia would not be made part of the $50 billion CPEC framework and the kingdom’s proposed investments would fall under a separate bilateral arrangement.

Ambassador Jing stated that after the formation of the new government in Pakistan, CPEC had been reviewed and consensus had been developed over the inclusion of new projects.

The diplomat said that Pakistan and China would keep working on the ongoing projects under CPEC. He added that the project would be completed as per the stipulated timeframe.

Jing said that in the next stage of CPEC, joint venture and social sector would be the focus of the two countries. He apprised that both the countries had decided to increase the resources to be allocated under the project to western provinces.

He expressed the desire to link the mega-project to Central Asian states via Afghanistan, saying that CPEC will open new vistas of development and prosperity in the region.

The Chinese Ambassador said that Balochistan offered numerous opportunities to investors in terms of agriculture, livestock, mines and minerals.