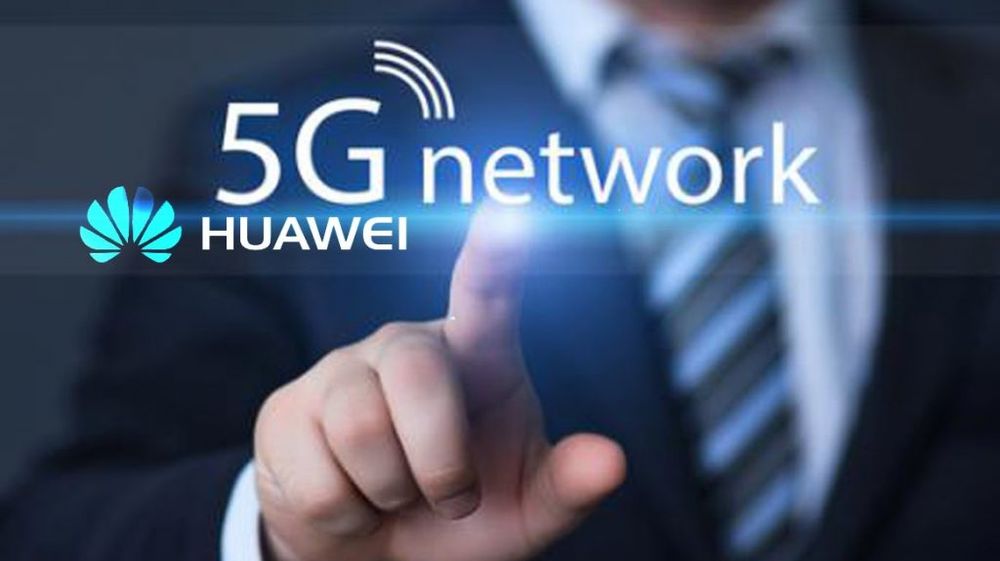 Chinese technology giant, Huawei, warned on Thursday that American ambitions to lead the world in the next generation of mobile internet may not be realized if Washington continues to block the company from participating in the U.S. market.

Widely heralded new technology, known as 5G, could allow consumers to download movies in seconds and it could support infrastructure such as smart cities that will require lots of data. The U.S. and China are both in a race to become leaders in the space. But Huawei, the world’s largest maker of networking equipment, has been barred from the U.S. since 2012.

Speaking in Mandarin, Eric Xu, one of the rotating chairmen at Huawei, told CNBC on Thursday that the United States’ move could hurt the country’s ambitions in the next tech frontier.

“For Huawei, as leader in 5G technology, we don’t have the opportunity to serve the U.S. consumer with 5G solutions and services, then the U.S. market is a market without full competition while still blocking leading players from participation. Now, I’m not sure whether they can really deliver their objective of becoming the world’s No. 1 in 5G,” he said, according to a translation that was verified by CNBC.

Xu emphasized that blocking Huawei from the anticipated 5G market will mean less competition — which could result in consumers paying higher phone bills and telecom companies having to spend more.

“Without the participation for 5G technology leaders, without full competition, telcos would have to spend more to buy 5G equipment for network rollout. Consumers will have to spend more to get 5G services that are not as good from a quality point of view as other markets with leading players,” Xu said.

In 2012, the U.S. government barred Huawei and China’s ZTE from selling network equipment in the country, saying the companies were a national security risk. Washington alleged the companies’ equipment could provide backdoor access for the Chinese government into U.S. telecommunications networks.

That’s a claim both Huawei and ZTE have repeatedly denied.

But against the backdrop of the ongoing U.S.-China trade war, the American government is trying to pile on more pressure. Last week, the Wall Street Journal reported that Washington is trying to persuade mobile carriers in allied countries to avoid using Huawei equipment.

Xu suggested politics may be more at play than actual security concerns.

“There is one question that has been lingering on my mind. The U.S. government as a national authority, why have they been targeting Huawei as a business corporation? Is it because we are too good on 5G or whether there are reasons I am not sure (of)? Saying 5G would bring cybersecurity issues, I would say these remarks are out of political motivation and not at all based on facts. All these … suspicions do not have any substantiated facts,” Xu said.

On top of that, Huawei is blocked from selling 5G hardware in Australia and New Zealand, as regulators declined a proposal from one of its telecommunications firms wishing to use the Chinese company’s equipment.

Despite such headwinds, Xu said Huawei will not seek the help of the Chinese government to resolve the issues.
“Huawei has not sought and we will not be seeking help from the Chinese government to address the challenges we face. We are going to rely on ourselves, on our good products, on our good services,” Xu said. “We are fine even if certain countries do not choose us. But I believe in the wisdom of different governments around the world. I believe they know for sure what they want and what they don’t.”

The Huawei chairman pointed to the support his company has received from the U.K. telecom industry. Last week, Neil McRae, the chief architect of British telecoms network BT, claimed Huawei is the “only one true 5G supplier” and that others need to catch up. Nokia, Ericsson and Samsung are all rivals of Huawei on the mobile networking front. Last week, Xu’s company announced it had signed 22 commercial contracts for 5G around the world.

Despite the cybersecurity and espionage concerns that have been raised by others, Huawei said its 5G technology is more secure than 4G, the current highest mobile internet standard.

Xu spent part of Thursday’s interview with CNBC explaining how 5G could ensure security. One of the reasons it’s more secure, according to Xu, is that the tech encrypts data in a way so advanced that hackers would need a “quantum computer.”

The Huawei executive praised data protection rules in the European Union known as the General Data Protection Regulation (GDPR) which came into force in May. The law requires companies that handle data to have a very high standard of data protection or face potentially huge fines. With massive amounts of data expected to be flowing along 5G networks, GDPR is likely to become even more important for the business world.

For his part, Xu said he “highly appreciates” GDPR.

“It should be a template for other countries as it would create standards and guidelines,” he told CNBC. “And as long as we comply with those we can do business.”

Although 5G is widely expected to be the future of data networks, only some telecoms operators around the world have announced their rollout plans for the technology.