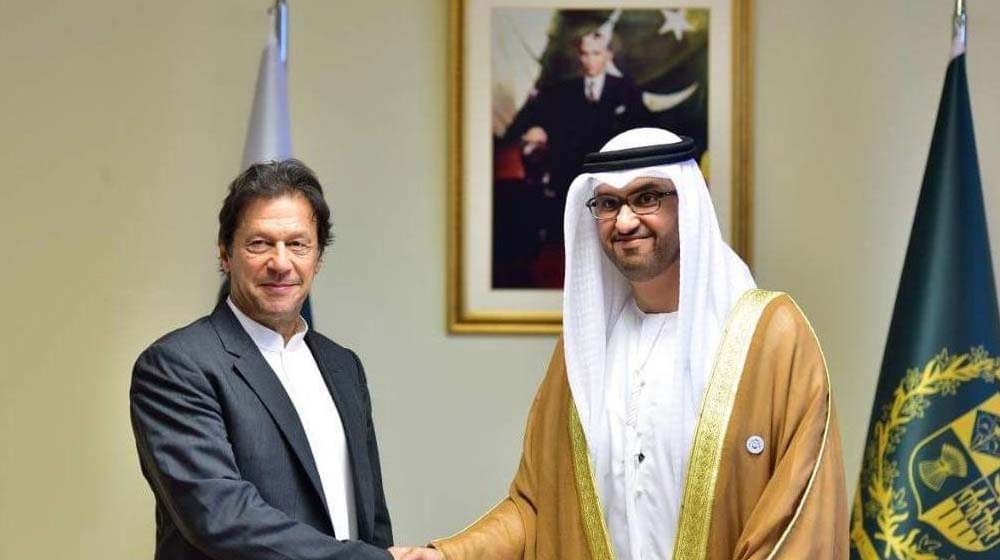 To help ease the international payment pressure on Pakistan, the United Arab Emirates (UAE), on Tuesday deposited a second tranche of $1 billion into the State Bank of Pakistan’s (SBP) foreign currency reserves.

Abid Qamar, the SBP spokesperson confirmed, “Yes, we have received $1 billion from the UAE.”

This action was carried out after the Abu Dhabi Fund for Development and the SBP reached an agreement on Saturday for depositing the remaining $2 billion out of the committed $3 billion to shore up the central bank’s reserves.

In December 2018, UAE had announced a $6.2 billion package for Pakistan; they had agreed to deposit $3 billion in a form of cash deposit and the other $3.2 billion was to be used as a credit line for the supply of petroleum on delayed payments.

Asad Umar, the finance minister revealed last week that this was a soft loan at an interest rate of 3%. Abu Dhabi released the first tranche of $1 billion in January 2019.

According to sources, Modalities for the supply of oil to Pakistan on deferred payment are yet to be finalized.

Asad Umar further added that Pakistan was going to receive $ 4.1 billion from UAE and China during the week that started on Monday – China has agreed to provide a $ 2.1 billion at an interest rate of 2.5%.

The total reserves, including those at commercial banks, would increase to around $19 billion whilst the SBP reserves would go up to around $12 billion with the help of $4.1 billion, he said.

Samiullah Tariq, Head of Research at Arif Habib Limited stated recently “Deposits are coming at a very critical time as Islamabad is set to make a large external debt payment next month – April, while its reserves remain under pressure, Pakistan is scheduled to pay off $1 billion for a maturing Eurobond in April…this will be in addition to other external debt payments during the month.”

Due to the increased pressure of international payments, the foreign currency reserves of Pakistan had reached an almost five-year low at $6.63 billion as on January 18, 2019.