Publishing applications on Android and iOS is a business that is booming since the past few years. Recently, the mobile market analyst Sensor Tower analyzed the performance of the top 100 publishers in both app stores for the first quarter of 2019.

The results showed that the revenue was again skewed towards the Apple app store. Their publishers managed to pull in 64 percent more revenue than Google Play store publishers. 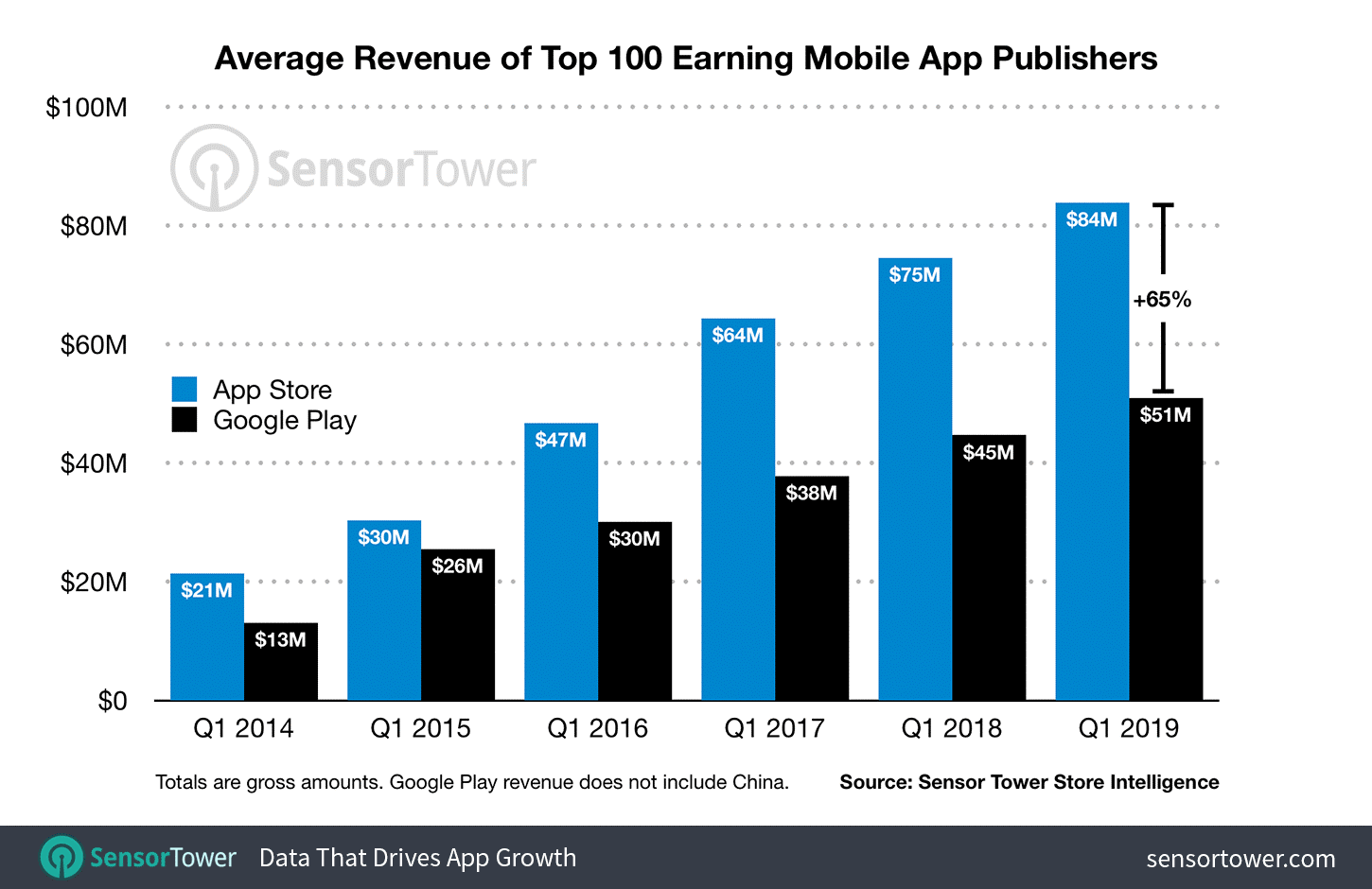 As compared to the same quarter of 2018, both the stores have gone up by a fair margin. 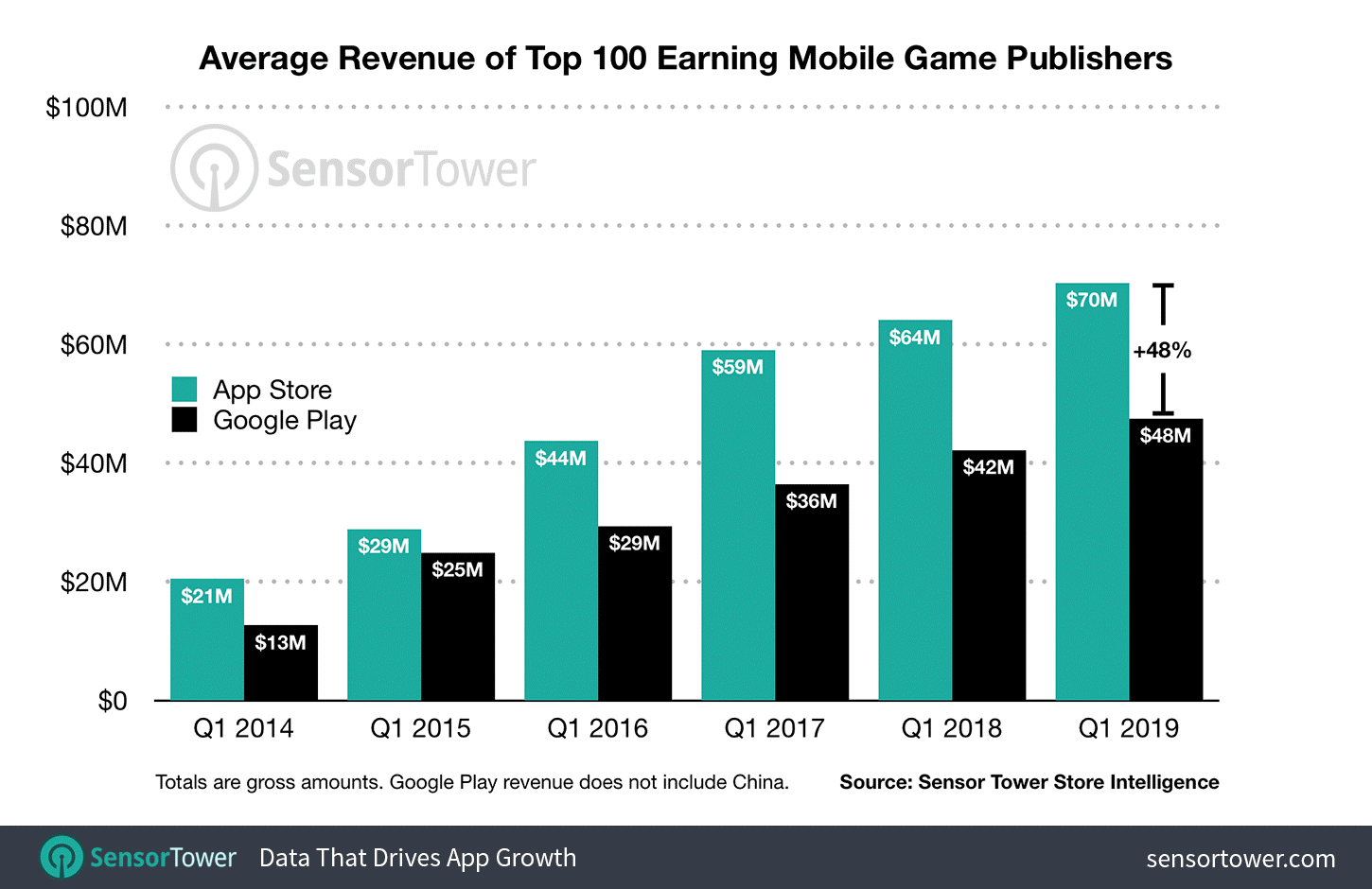 However, if we look at non-gaming apps overall, the difference in revenues between both the stores soars up to 232 percent. Consumers spent $23.2 million on in-app purchases on Apple’s App store while in the Google Play store the in-app purchasing revenue was only $7 million.

The above-mentioned analysis and its result show that the Apple app store is the leading app storefront when it comes to consumers spending on applications. Last year the gap was 88 percent.