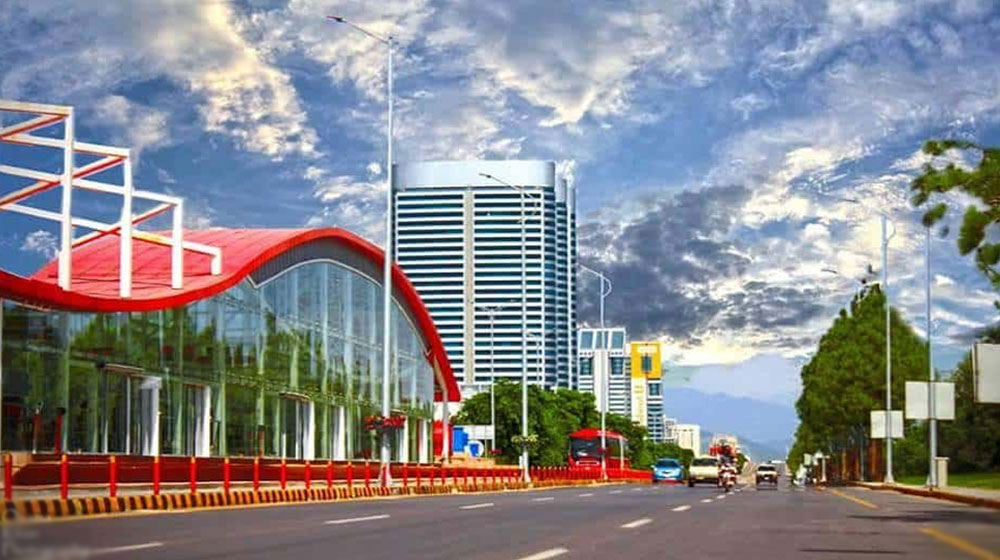 The Capital Development Authority (CDA) has approved the construction of soaring commercial buildings in the capital, after the approval by the federal cabinet. The move was agreed by the board at a meeting on Monday with Amir Ali Ahmed, Islamabad Capital Territory (ICT) chief and CDA Chairman heading the board.

A number of issues were discussed by the board during the meeting including establishment of a commercial strip in sector I-9, changing road names, cancellation of plots and restoration policy, by-laws, change in floor-area ratio (FAR), progress of Sector I-15 and transferring land to the Federal Government Employees Housing Foundation (FGEHF).

The board has, in prnciple, agreed on FAR and high-rise building that such buildings could be constructed along areas that have a right-of-way (ROW) of 300 yards in Blue Area, Sectors G-8, G-9, G-10, G-11 and the Kashmir Highway. Although, it was agreed by the board that policies regarding the construction of such buildings will be decided by the federal commission which is currently working on the new master plan for the federal capital.

Sources in the CDA said that the new policies will only apply to new buildings and as for the existing multi-story buildings, especially Class-III, there will be no changes in permissions. The board has also agreed that only large plots will be used for high-rises. It will be mandatory for the contractors to show the plan of the prospective building as well as a number of saplings that will be planted within the building’s boundaries.

The policy stated that no more than an area of 2,400 square yards (sqyds) can be covered on a plot of 3,000 sqyds and buildings no taller than 18 storeys will be allowed. Under the by-laws, the space between the floor and ceiling must be at least 10.5 feet; a covered area of 2,500 sqyds will be allowed on a structure with 5,000 sqyds area and could be utilized to build a 45-48 storey building.

People with intimate knowledge of the meeting said that it had been agreed to change the names of three roads in Islamabad to names of famous poets and personalities including Hafeez Jalandhari — who penned the National Anthem, Josh Malihabadi and Jameeluddin Aali — writer of ‘Jeeway Jeeway Pakistan’. A summary will be forwarded to the government under the new regulations.

Furthermore, the board learned that if CDA acquired 508 kanals of land for the PM’s low-cost housing project, it would suffer a loss. The board has agreed that the land should be acquired by the Federal Government Employees Housing Foundation (FGEHF) as per approval granted by the federal cabinet. The board will forward a summary to the interior ministry in this regard.

The sources further said that after the new policy is approved, the CDA will auction the vacant land alongside the double road in Sector I-9 to be used for building high-rise structured and the amount raised will be used for the development of the city.