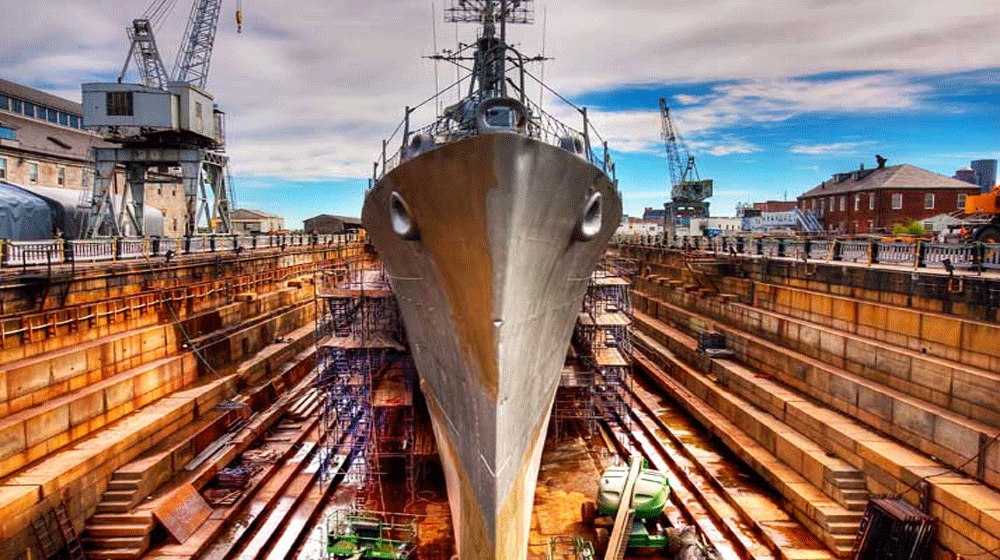 The government has approved a tax incentive for new Pakistani resident ship-owning companies in order to boost the shipping sector.

The tax exemption granted for general sales tax and customs duty on import of ships has been extended from 2020 to 2030.  The shipping policy states that the new Pakistan resident ship owning companies would pay tonnage tax of $0.75 per gross register tonnage (GRT) annually for the first five years of the shipping operations.

This was disclosed by the official sources whilst highlighting the Maritime ministry and its attached department’s one-year performance on Friday. No federal taxes (direct and indirect) shall be levied to the detriment of Pakistan Resident Ship Owning companies during the exemption period.

New G to G bilateral Liquefied Natural Gas (LNG) imports to be negotiated on FOB basis and shipments to be made through PNSC owned or PNSC chartered vessels.

The Shipping sector has been classified as a Strategic Industry, priority will be given to Pakistan Flag Ships. The ministry also resolved the Seafarer Service card issue, as they were not being printed for the last two year due to unavailability of required hardware/software at National Database and Registration Authority (NADRA).

The task was assigned to Karachi Port Trust (KPT), which in collaboration with NADRA established the facility and printed cards for Seafarers, enabling to board ships.

Similarly, two LR-1 tankers, M.T. Bolan and M.T Khairpur have been inducted in Pakistan National Shipping Corporation (PNSC). PNSC was able to achieve the target of adding two aforementioned LR-1 product tankers to its fleet, as an integral and significant part of its fleet expansion plan, by the end of April 2019. The said tankers have boosted PNSC’s cargo carrying capacity to 831,711 DWT and would further contribute to an increase in revenue generation of the Corporation.

KPT with the help of Pakistan Navy and Bahria Foundation, Marine Debris Collection barges have started to eradicate the pollution at sea, besides successfully handling the largest Container Ship, Kota Pemimpin, with 12000 TEUs for the first time in the history of Pakistan.

Achievements during the year

A dredger ship of Karachi Port Trust, which had been out of operation for many years, was being made operational after necessary repairs. An inquiry being conducted to fix the responsibility for the delay in the operationalization of the dredger ship, the Karachi Port Trust and Port Qasim Authority (PQA) have been directed to conduct an external audit of their accounts from a renowned audit firm. Night navigation started in PQA to facilitate larger ships at night.

For the first time in the history of Pakistan, two LNGCs were handled/berthed in one day during winter by Port Qasim to cope up with the Natural Gas requirement of the country. Port Qasim procured and commissioned two LNG Compatible Tugs of 75 Tons Bollard Pull with state of the art maneuvering capability/technology.

It has also procured a new speedboat that goes up to 20 knots and is being operated with the latest machinery and navigational equipment.

Owing to professional handling and available port facilities, vessels of bigger size are now calling at Port Qasim, which has enabled  49.031 million tons of cargo in 2018-19 against the 45.615 million tons in 2017-18.

Port Qasim has made a recovery of Rs. 1.7 billion on account of receivables from land allotted to industries in the previous years.

The Federal Cabinet has approved the proposal of the Ministry to allot sites at Port Qasim to interested LNG terminal developers to establish an additional LNG terminal, with the objective to mitigate the shortage of LNG in the Country.

Gwadar Port Authority (GPA) has upgraded and connected the Terminal Operating System with Web-Based One Customs (WEBOC), the web-based system for filing Goods Declarations (GD) for import and export of cargo (to facilitate importers and exporters) after connecting it using fiber optics.