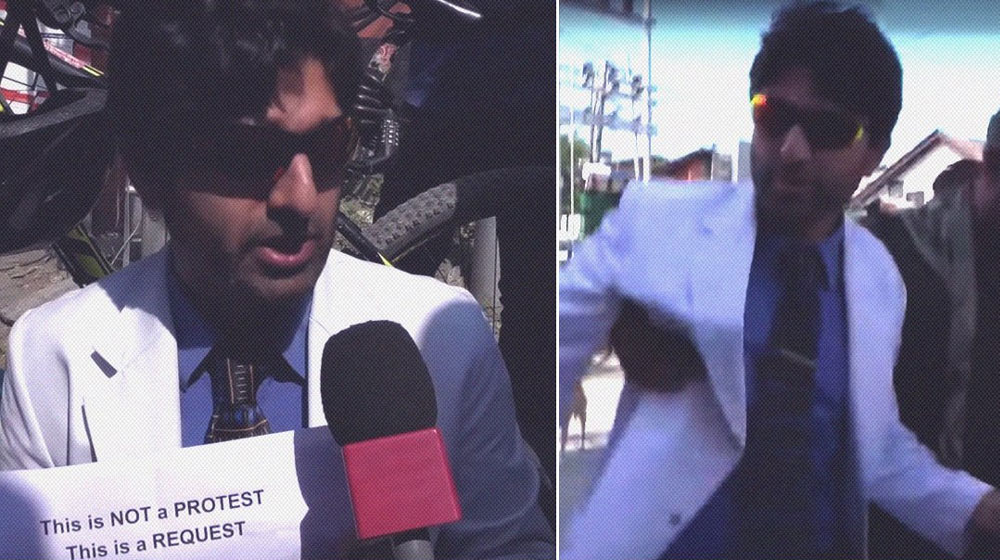 A Kashmiri doctor has been arrested in the occupied region of Kashmir minutes after he spoke to media about worsening healthcare situation in the valley.

Dr. Umar Salim, a urologist at Government Medical College, spoke to foreign media outlets about the growing healthcare crisis in the valley and appealed the Indian government to relax the curfew so that people could reach hospitals and nearby clinics.

The placard in his hands said: “This is Not a PROTEST. This is a REQUEST.” 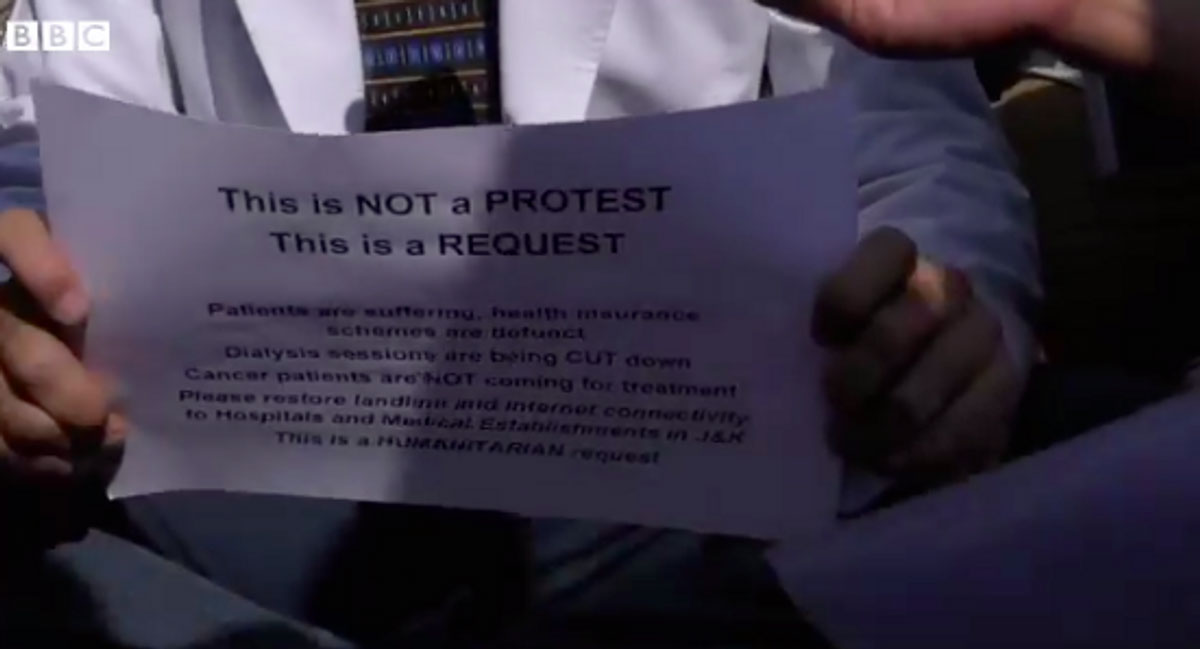 Umar said the medicine stock was coming to an end and poor people facing difficulty in receiving the healthcare services offered by the government.

This Kashmiri doctor was detained minutes after speaking to the BBC about the worsening healthcare situation in the region. pic.twitter.com/5CGzKapX2O

It’s going to turn into a humanitarian crisis very soon. The healthcare system, especially the health insurance scheme (under which we provide free medical facilities at every level to blow poverty line patients) has come to a halt due to absence of internet phone connectivity.

He feared that critical patients might lose lives due to such reasons.

Umar was taken into custody soon after his video was uploaded on the BBC Asian News Network’s website. He has been shifted to an unidentified place.