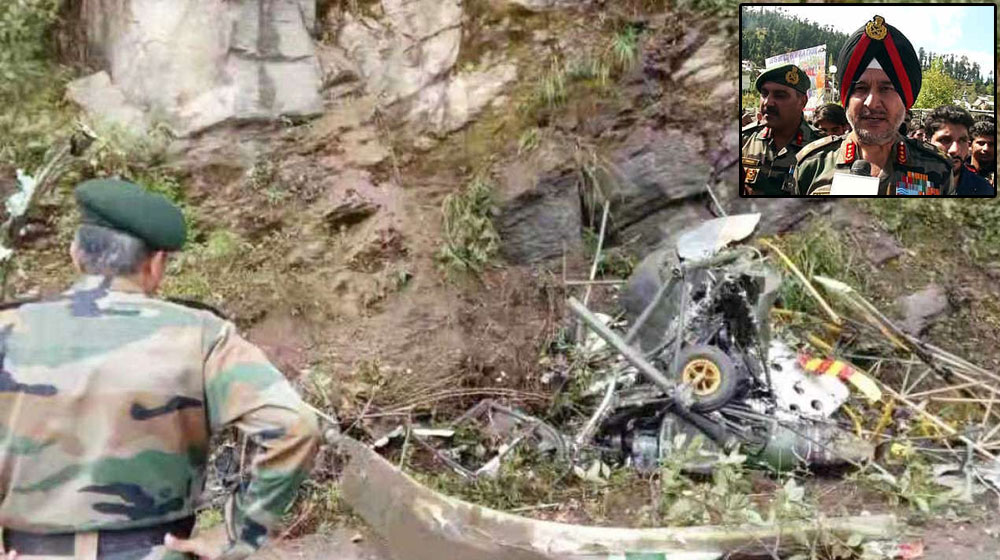 An Indian military helicopter, carrying a top army general among others, made a crash landing in the Poonch sector of Jammu and Kashmir earlier today.

As per Indian media reports, General Ranbir was on a visit to the areas of Occupied Kashmir, which came under retaliatory fire from Pakistan during a recent cross-border encounter.

The Advanced Light Helicopter was on its way back to Srinagar when it developed a fault near the Bedar area in the Poonch sector. A civilian is reported dead during the incident, while the crew, including the General, remained safe.

“The army general and others were taken to a nearby army medical center for examination,” an army official said. He confirmed that none of them received severe injuries.

Destruction of Indian aircraft and army helicopters has now become a frequent sight for the world. So far this year, the country has lost more than 12 jets, a couple of helicopters, and 20 personnel in various incidents.