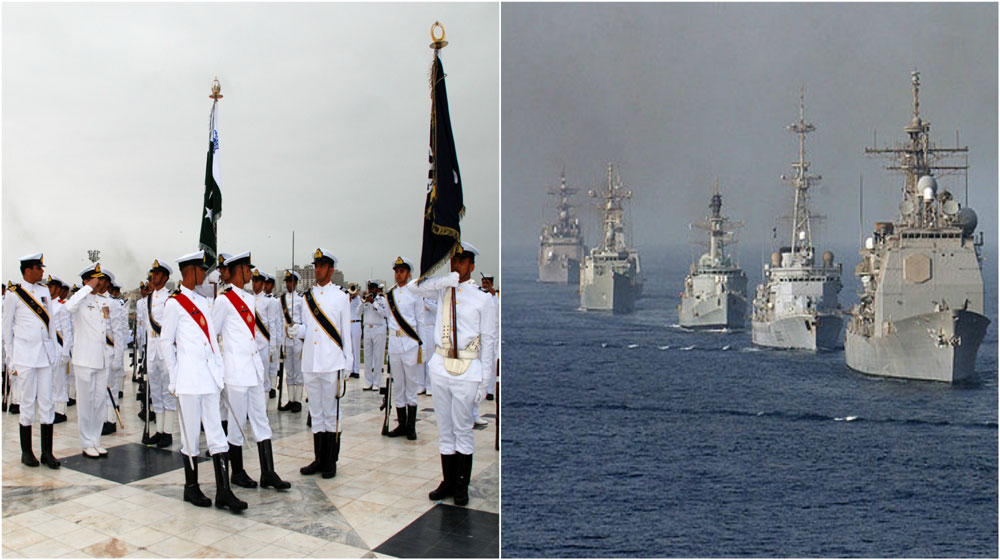 The exercise ‘IMX19’ was conducted in the Arabian Sea, Oman Gulf, and the Persian Gulf and was attended by over 50 partner countries, including the US, Indi, Sri Lanka, and Oman.

The exercise started on October 22, in which the participant countries demonstrated the commitment to ensure the safe passage of shipping assets and the free flow of commerce in the area spanning from the Suez Canal to the Bab-al-Mandeb, as well as through the Strait of Hormuz to the Northern Arabian Gulf.

According to the Navy spokesperson, Pakistani ships PN Shamsheer and PN Muhafiz visited Masqat and Bahrain during this exercise. The partner countries appreciated Pakistan Navy’s role in ensuring Maritime Security.

During the international event, Pakistan Navy successfully highlighted its stance on Kashmir and Indian atrocities in occupied Kashmir.