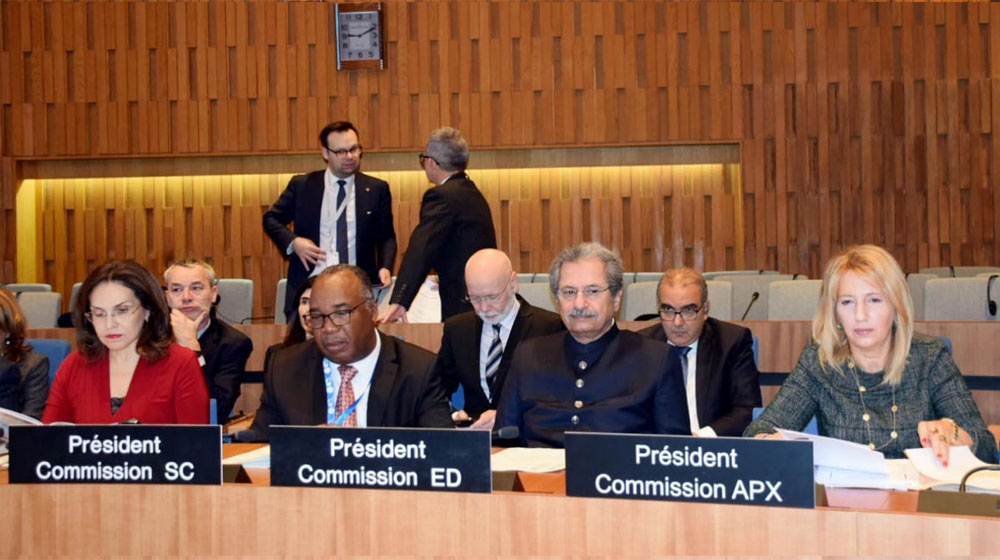 The Federal Minister for Education, Shafqat Mahmood, has been unanimously elected as the President of the United Nations Educational, Scientific, and Cultural Organization (UNESCO)’s Education Commission.

He addressed the 40th session of UNESCO’s General Conference held at its headquarters in Paris on Wednesday.

Shafqat, while speaking at the forum, termed it as an honor for Pakistan. He said that the designation is an acknowledgment of the country’s commitment to UNESCO’s goals in the field of education.

The Minister said that at this position, he will work in close collaboration with all delegations to achieve UNESCO’s objectives.

He held separate meetings with the education ministers of Tunisia, Norway, and Bangladesh. Besides, he also called on the Assistant Director Generals of UNESCO for Education and Culture.

Mahmood effectively used the forum to raise Kashmir issue and said that over 1.5 million Kashmiri students are unable to go to schools since the illegal annexation of the valley.

He urged the United Nations to use its moral authority to push the Indian government to ease restrictions in the occupied valley and provide Kashmiris their fundamental rights.