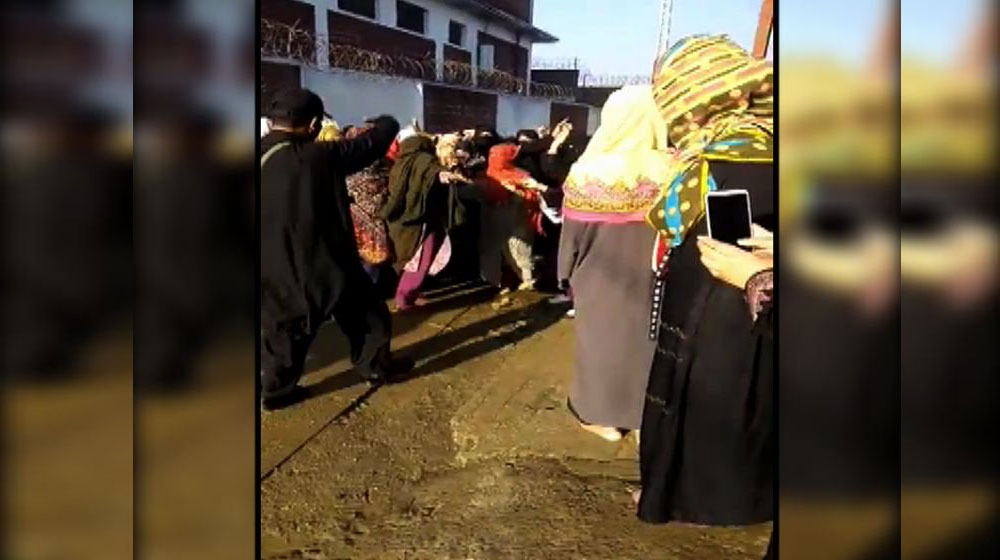 Female staffers of the Women University harassed and forcefully removed the scarves of the students staging a protest.

On Wednesday, a group of female students was protesting outside the admin block of the varsity. They were demanding better facilities and reappointment of a teacher who they believe was illegally expelled.

The university officials, however, got their headscarves removed and started threatening them of dire consequences.

The vice-chancellor’s personal secretary was even caught on camera when she removed a girl’s scarf and blackmailed the student of complaining to her father.

When the situation escalated, the police had to intervene. Police officials stopped the administration from speaking to the students to defuse the tension.

The Bone of Contention

Reportedly, the Swabi University administration had replaced a qualified male teacher before the completion of his three-year contract with a female professor.

The students, however, argued that if being a male teacher was such a big issue, the male VC of the varsity should be removed too.

They also blamed the varsity of exponentially increasing the semester fee and demanded reduction by 50 percent.  The varsity charges Rs. 30,000 per semester.