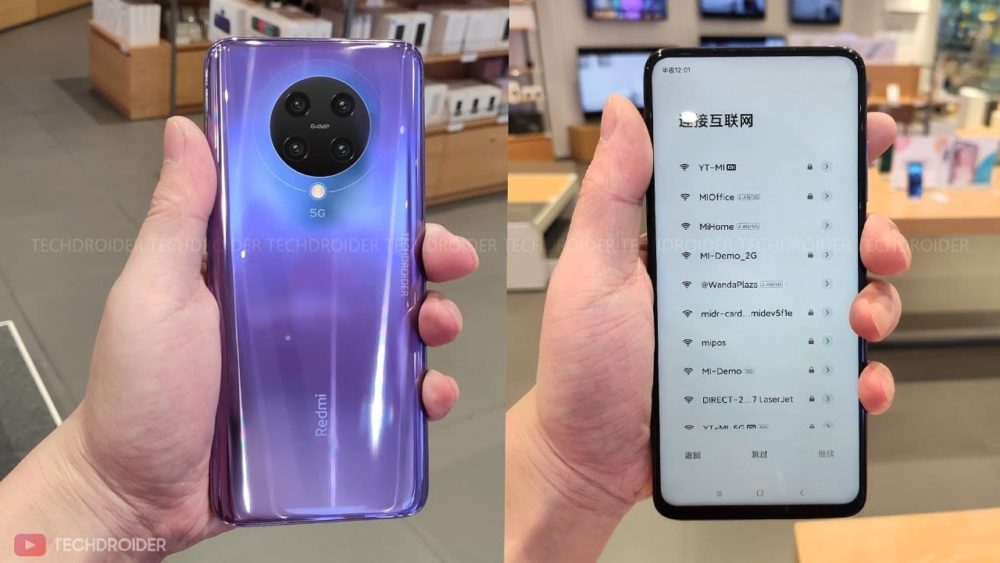 We’ve only seen the device in mock-up renders so far and now, a few days ahead of its launch, the phone has appeared in a set of hands-on images that confirm the design leaks we saw before.

The device is encased in a design-concealing pre-production phone cover but it clearly shows some of its design elements. There is a circle-shaped quad-camera setup at the back right above the LED flash. The main camera on this setup is expected to be a 64MP Sony IMX686 sensor we saw on the base Redmi K30/Poco X2.

The pop-up selfie camera is on the left side and there also appears to be an infrared sensor on the right. Redmi’s General Manager Lu Weibing shared a teaser on Weibo earlier that revealed that there is also going to be a “Redmi K30 Pro zoom version”.

There are no details on this yet, but we can expect an enhanced edition of the Redmi K30 Pro with a periscope lens similar to the Oppo Find X2 and the Galaxy S20 Ultra. The K30 Pro is expected to arrive with a full-screen display with no notches or punch-hole cutouts. It will be a 6-inch+ AMOLED display with a 120Hz screen refresh rate similar to the base model. It will be powered by the Snapdragon 865 SoC with LPDDR5 RAM and UFS 3.1. 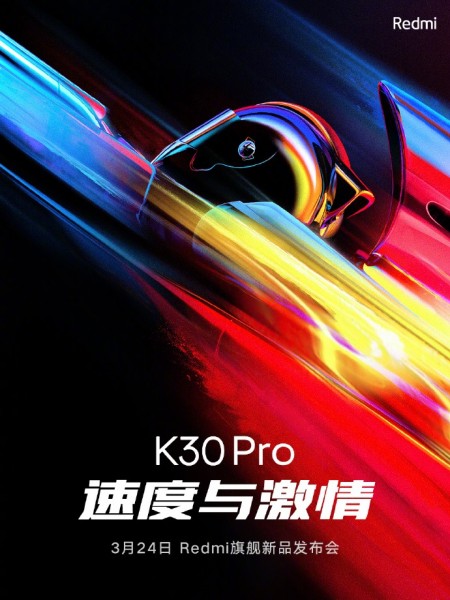 Redmi has also released a teaser poster revealing that the K30 Pro will be officially revealed on March 24.