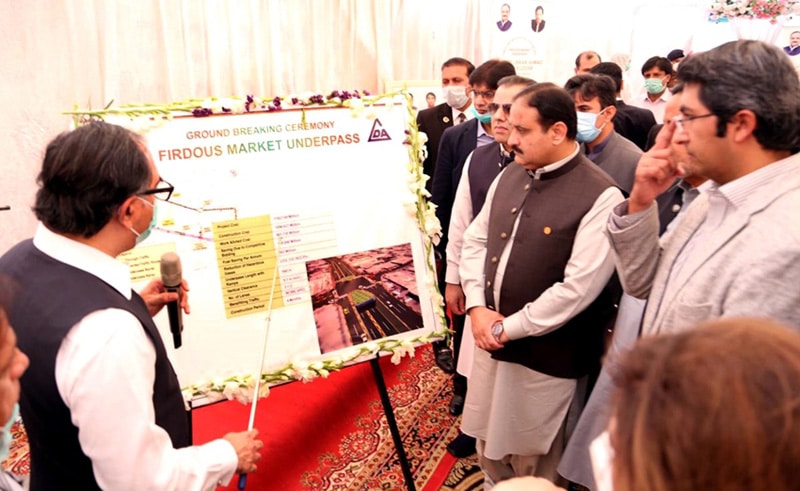 Speaking on the occasion, he said Rs. 1.76 billion will be spent on the project, which includes the land acquisition cost.

Giving details, he said the construction cost was estimated to cost Rs. 1.09 billion. However, the government conducted a transparent tendering process and awarded the construction contract for Rs. 960 million, thus saving Rs. 130 million of the nation’s money.

The minister commended the Lahore Development Authority (LDA) for saving Rs. 130 million, adding that the government was the custodian of every penny of the national exchequer.

The project is estimated to be completed in four months, however, LDA had been directed to complete it in 90 days without compromising on the quality of the construction work, he added.

The CM said he will personally supervise the project, just like the ones he was supervising in backward areas. Public resources were plundered in the past, but the incumbent government has saved the public money, he added. Money-minting had been a basic aim of the past rulers, but this government was making all-out efforts to spend the public money on their welfare, added the CM.

He further stated that the 540-meter long two-lane dual carriageway underpass will facilitate traffic from the adjoining areas, with special arrangements for water disposal. Buzdar added that around seven-Kanal land will be acquired for the project, promising that no building at Firdous Market chowk will be affected.

The project will benefit more than 91,000 vehicles daily to save fuel worth millions of rupees annually, he said.