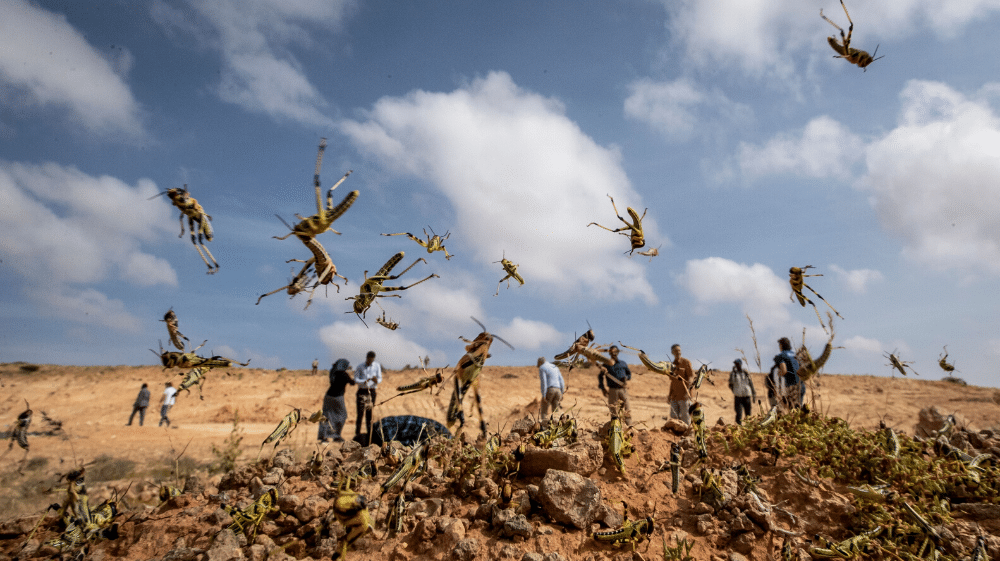 In a recent report, the Ministry of Food Security has predicted that the current locust invasion in Pakistan may cause losses of Rs. 490 billion to Rs. 2.451 trillion in a single year.

The detailed report presented to the Prime Minister said that a locust outbreak of this intensity was last witnessed 30 years ago. It alerts that the swarms are affecting approximately all the areas of the country and may threaten food security in Pakistan.

The government has worked out that the average total value of Kharif and Rabi crops is Rs. 3,268.7 billion annually. According to the government calculations, if the current outbreak causes 15 percent damage, the loss to the economy will stand at Rs. 490.3 billion.

If the damage is 25 percent, the losses will be at Rs. 817.2 billion, but if the damage stands at 50 percent, then the country would suffer a loss of Rs. 1.64 trillion. Similarly, if up to 75 percent of crops get destroyed due to the locusts, the country will incur losses of more than Rs. 2.451 trillion.

The report mentions that to counter the insect invasion, the federal and provincial governments have allocated a sum of Rs. 20.25 billion. As air-spray of pesticides is vital to curb the insects, the government is giving this due importance.

According to the report, the authorities are set to purchase six aircraft. Air tractor aircraft will also be purchased. Through the procurement committee, the first batch of aircraft will be attained by the mid of July. However, it will take 7-8 weeks to train the pilots. With the help of China, the country will also set up a Pak-China Locust Research Institute.