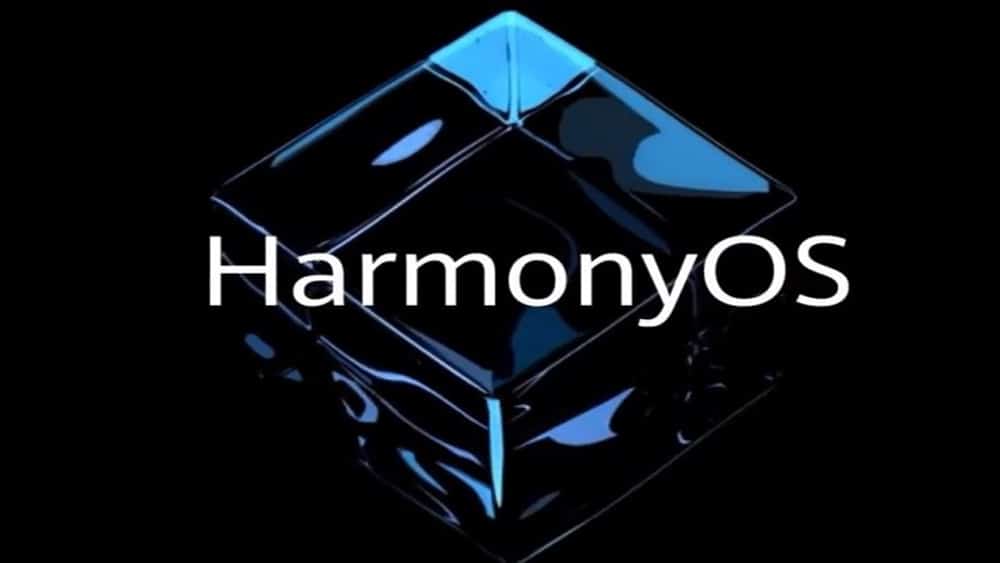 Last year, after the US trade-ban on Huawei that led to restrictions in using Android in its smartphones, the Chinese company announced its very own operating system, the HarmonyOS. Now, at its developers’ conference yesterday, the company CEO Richard Yu announced HarmonyOS 2.0 as well as EMUI 11 (not based on Android 11).

This cross-platform operating system comes with support ranging from smart TVs to smartwatches, car head units, and, of course, smartphones. The company has also revealed its OpenHarmony project, which is an open-source take on HarmonyOS similar to AOSP (Android Open Source Project), which will be open to developers soon and will support devices with as low as 128KB of RAM.

The operating system has been designed to cater to multi-screen functionality with seamless continuity and adaptive UX elements that work on a broad range of devices. Huawei is also claiming that HarmonyOS comes with improved security, smart voice recognition, and fast cross-device data transfers.

Apart from this, HMS core 5.0 was also introduced. It will bring оver 12,000 APIs spanning seven service categories. The first smartphone with HarmonyOS will be launched in 2021, while the HarmonyOS 2.0 SDK for smart TVs, watches, and car head units will be available starting tomorrow.

Although the UI is not based on Android 11, the generational upgrade deserves its name. It brings along several changes such as new animations, features, and under the hood optimizations.

One of the most exciting changes is in the multi-window and split-screen functionalities. Both now sit in the center so the user can get more familiar with the features instead of tucking them somewhere in the menus.

There is a dedicated gesture that brings out the Smart Multi-Window sidebar. The feature opens a small side window with all user’s favorite apps. These windows are free to form and can be adjusted. 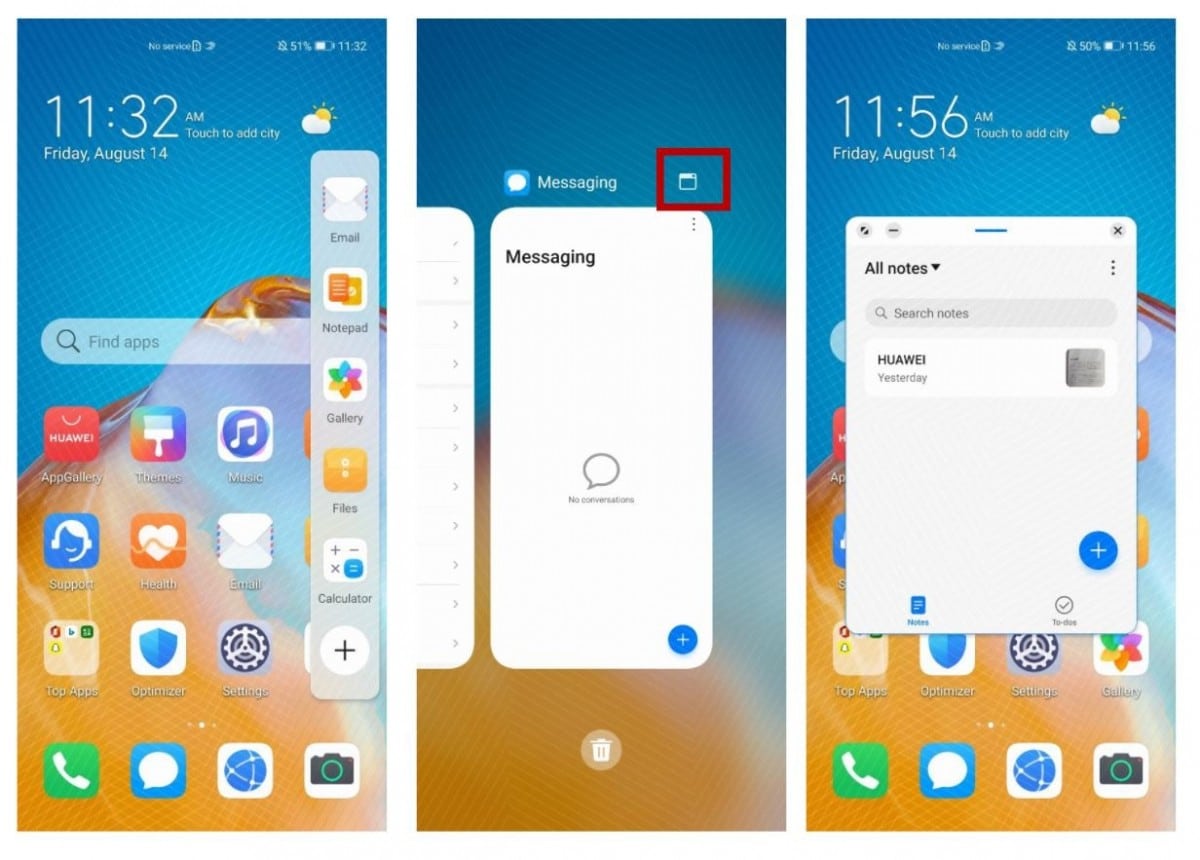 The multi-screen collaboration 3.0 is now part of EMUI 11, which allows users to control up to three Android apps from your PC once you sync your Huawei phone to a Huawei MateBook, just like Samsung and Microsoft’s Your Phone app. 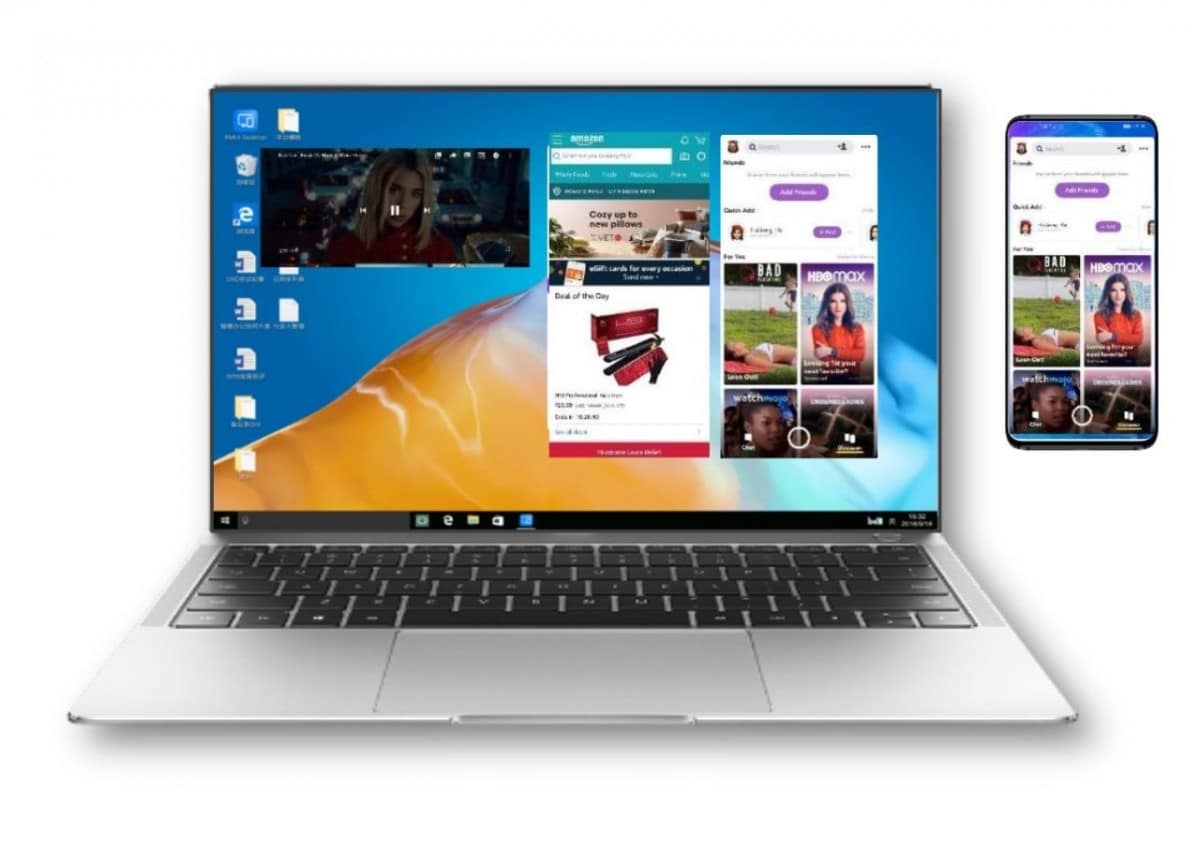 Huawei has introduced a couple of new animations, and customizations for smartphones with always-on displays. Users can also choose a picture from their gallery for the screen.

Additionally, animations when navigating through the menus have been optimized for high-refresh-rate displays. Reportedly, the company has poured hours of research into how the user perceives transition animations. The optimized animations, as per the company, are smoother and faster. 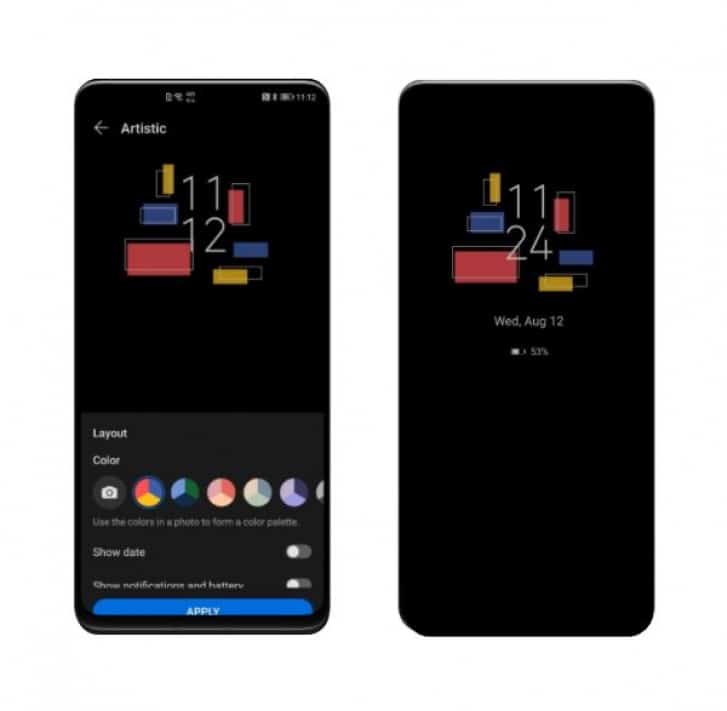 The new update will be pre-installed on all new Huawei phones from now on, while the final version of the software will hit P40 and Mate 30-series pretty soon.