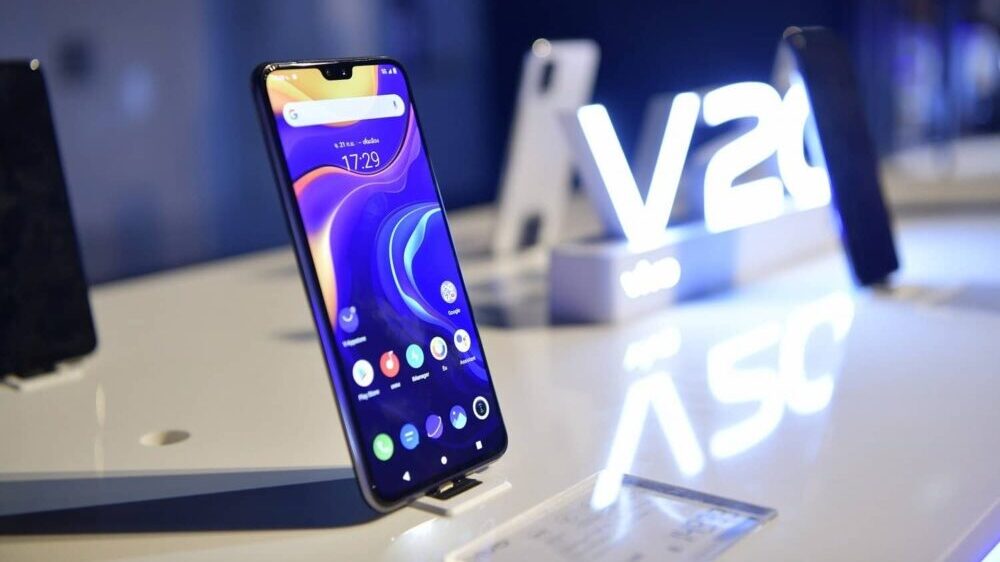 Vivo is expanding its V lineup of Smartphones with the V20 and V20 Pro 5G, both of which are upper mid-range phones that adopt a design similar to the Vivo X50 series. Vivo has only announced a few details for the V20, but we will include what we know about the device so far. The screen is a 6.44-inch FHD+ AMOLED panel, but while most companies have moved past notches, Vivo has gone two steps back to the wide tub-like notch that holds two front cameras. The bezels are also thicker compared to modern upper mid-range phones. The device has an under-display fingerprint sensor.

The back has a square-shaped cutout for a triple camera module that is arranged in a triangular alignment. An LED flash unit sits right underneath it on a metal plate.

While the V20 Pro has a wide dual-camera notch, the base V20 will have a simple waterdrop notch for a single 44MP selfie camera.

As mentioned before, the only real difference between the two devices in terms of internals is the main chipset. The Vivo V20 is equipped with the Snapdragon 720 SoC, but the higher-end V20 Pro flaunts the Snapdragon 765G that brings 5G support as well. Both phones have up to 8GB RAM and 128GB UFS 2.1.

The two phones will ship with Android 10 with Vivo’s Funtouch OS on top.

Both phones will have a triple camera setup on the back with the main sensor being a 64MP shooter. The details for the rest of the cameras are missing for the V20, but the V20 Pro will have an 8MP ultrawide camera with a 120 degrees FOV, and a 2MP mono camera. We can expect to see something similar to the base model as well. There is no word on video recording capabilities either.

The front camera on both phones is a 44MP sensor, but the V20 Pro has an additional 8MP ultrawide selfie camera on the side.

There are no differences in terms of battery life or fast charging. The Vivo V20 and V20 Pro will have a 4,000 mAh power cell equipped with 33W fast charging via USB C.

The Vivo V20 Pro 5G has been announced for $480 in Thailand and it should arrive at the international market shortly. Pricing for the base V20 is yet to be announced.